Should you go short on Tesla stock right now? 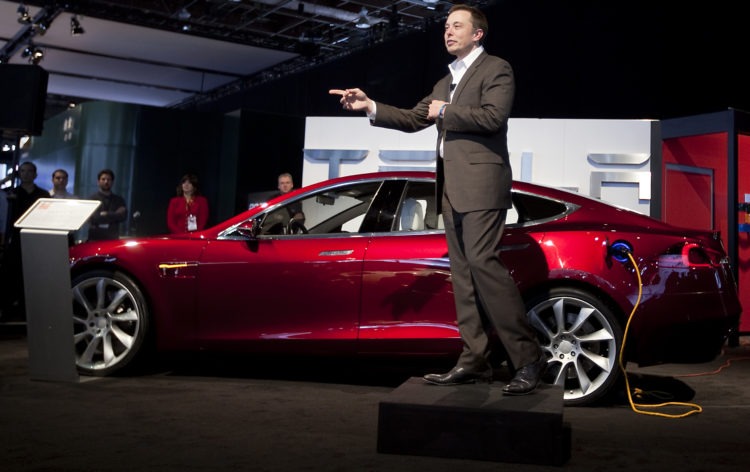 In recent months, TSLA Stock Report (Tesla) has been one of the hotshots of the stock market. This groundbreaking performance is not a thing of today. The company started making its round on news blogs as it was reported that in 2020 it delivered over 499,550 cars. Tesla’s stocks reported increases throughout 2020 and the beginning of 2021, and on 7 January 2021, the company recorded a 7.9% increase for the session. And the stock price of the company went up 4.3% at the open market of 8 January 2021. The gains between the 7th and the 8th ranked the company’s value more than Facebook (FB Stock Report). In addition to this, the CEO of Tesla, Elon Musk, overtook Jeff Bezos as the richest person in the world. This recent increase of Tesla is so remarkable that nobody seems to pay attention to the value of its stocks anymore because of what investors learned. Throughout 2020 was to never bet against the company’s stock. This does not suggest that all investors should go buying its stock, but its performance can’t simply be ignored.

The Performance of Tesla and Electric Vehicle Stock

Although there is no doubt that talking about the stock of Tesla being in a bubble will be the stock market’s hot topic today, it is quite reasonable to ask that question. In any case, electronic vehicle stock prices have been increasing recently for no particular reason. Thus, it is not strange to have people thinking we are in a bubble. However, it is very vital to be able to differentiate between the market leaders from those that are still to deliver a car. Some of the companies might never even deliver a vehicle. Yet, we have got a leader with a strong track record here. Tesla’s recent expansion with gigafactories in Europe and China, its price cuts could increase its delivery numbers throughout the year.

What can investors do with the company’s stock rising at this speed? Some don’t understand why Tesla’s stock is trading at a new all-time high. And the thing is, no one can say for sure what is driving the stock price. Maybe a few reasons including favorable political news for the industry and the rise in renewable energy stocks, and another reason could be the Wall Street upgrades for the stock. Many investors who are not quite sure about directly buying Tesla stock (especially now that it is very expensive) can opt for trading the company’s stocks through derivatives like CFDs via a CFD trading platform. This is good for short-sellers who might not want to risk buying the stock at its current price.

Tesla is not a simple electronic vehicle manufacturer

Tesla might seem like any other car company out there at face value, and most people might disagree. And there is no doubt that that’s true. It is not any regular automotive company out there because it has many other lines of business. The solar section of the company recorded a 13% growth in revenue for the first nine months of 2020, but it does not get that attention that its EV section is getting, despite the coronavirus plaguing the world. When some stability returned with the easing off of the lockdown and other restrictions in the third quarter, the company’s stock quickly increased 44% year on year.

Also, Tesla is very motivated to push for a chance in autonomous vehicles. This could be another driver for the company’s profits.

The company has made itself very outstanding in the automotive sector, and not only did it become the most valuable automaker in the world, but it has established itself as the luxury car of choice when it comes to electronic vehicles. The high delivery numbers from the company should be convincing enough.

According to the company, the number of cars delivered should be seen as middle conservative because they only record a car as delivered once it is in the hands of consumers with all the necessary paperwork. They suggest that the scope of delivery could be about 0.5%. And with the improvement of its technological development, many analysts are buying the stock despite its high prices.

Many investors may also be increasingly optimistic about the future of Tesla stock because of Joe Biden’s victory in the presidential elections. This could benefit the company because the new US President was in favor of discussing issues concerning global warming, which was not the case with President Trump. In an effort to resolve climate change problems, the future of electric vehicles could see collaborations with the government as the President promised to tighten emission limits, especially as he promised to go beyond the standards set by President Obama. Should everything go as planned, there will be further increases in the EV industry.

In recent years, Tesla has increasingly been successful. Currently, the company’s stocks are expensive by any valuation metrics. Consequently, we can’t say conclusively that it has the potential to replicate its 2020 gains in 2021 or that it is a value to buy. But with the amount short-sellers lost in 2020, maybe it is reasonable to short a stock right. This is because the Tesla stock is surrounded by a bullish drive. The company’s focus on its production capacity should be able to lead to a massive increase in 2021 because the company’s deliveries are strictly restricted by production limitations, not demand. Now that the company has expanded its production capacity, it should not come as a surprise to investors that Tesla’s vehicle sales increases this year. Musk said during the company’s third-quarter earnings call that the company could potentially deliver up to 1 million electric vehicles in 2021. If this happens, the numbers of 2020 will be doubled.