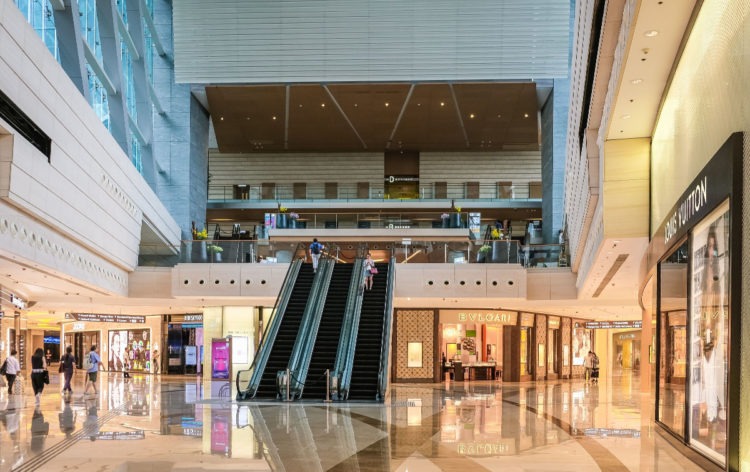 As trading opened on the New York stock exchange on Monday, the shares of Simon Property Group (SPG) have made massive gains. The stock has risen by 11% and reached $70.36.

This commercial real estate company is the largest shopping mall operator in the United States. By the end of 2019, the firm had annual revenue of $5.76 billion, which was 1.9% higher compared to the year earlier. During the same period, the net income of the company reached $2.098 billion. In real estate business, companies report Funds From Operations (FFO) figures, which is basically earnings measure. This indicator takes the depreciation and amortization into account. Consequently, when analyzing the stock of real estate companies, many analysts use FFO per share, in conjunction with earnings per share indicator.

In 2019 this measure stood at $12.04. The annual report also mentions that the firm delivered a 7% growth rate of FFO per share during the last 5 years.

As the largest shopping mall owner in the US, Simon Property Group suffered some serious losses in revenue after the outbreak of the COVID-19 pandemic. According to the first-quarter report, during the first three months of 2020, the net income of the firm was $437.6 million, compared to $548.5 million, a year earlier. Funds From Operations (FFO) also fell to $980.6 million from $1.082 billion recorded back in 2019. Despite those problems, there was also a piece of good news. For the last 12 months, ending on March 31, 2020, the retailer sales per square foot were $673. This represents a 2.1% increase compared to the previous year.

Now this rate of growth might not be so impressive during ordinary times. However, having even a small rate of growth in sales during the outbreak of the COVID-19 pandemic is quite an impressive result. The company did lose over 20% of its net income, however as more states open up, the Simon Property Group is well-positioned to make up for those losses.

A year ago, the Simon Property Group shares were trading near $165 mark. During the subsequent months, the stock was in a rather slow-moving downtrend. In the middle of February, the price was near $140 level. When the US states started to impose lockdowns and other restrictions, this also had a very negative effect on the Simon Property Group shares. The closure of most of its locations meant that down the road the firm was most likely to lose a significant portion of its revenue.

As a result, the stock fell sharply in quite a short period of time. In less than 4 weeks, SPG fell to just $45 level. However, this panic selling was rather short-lived. During the subsequent months, the shares steadily recovered. Nowadays the stock has already returned to $70 mark. Despite this progress, the SPG needs to rise by another 100% to reach February 2020 levels.

The latest earnings per share (EPS) indicator for the firm is $6.47. Consequently, the price to earnings (P/E) ratio currently stands near 10.9. So this suggests that at current rates the stock is moderately undervalued.

One of the financial strengths of the company is its high net margins. According to CNBC, this indicator for the firm is currently at 40.61%. This is indeed a great contributor to the profitability of the Simon Property Group.

As the same source suggests, the beta indicator of the company is at 1.35. So this means that the stock is 35% more volatile than the S&P 100 index. Consequently, if the financial conditions of the firm improve, SPG might rise faster than most of its peers.

The firm’s dividend payment history goes back to at least 1994. At that time, the quarterly payment to the company’s shareholders was $0.4750 per share. Simon Property Group did manage to increase those payouts to $0.90 per share by 2008, just before the great recession. Due to the challenges of an economic crisis, the firm temporarily reduced its dividends by 1/3, cutting it back to just 60 cents per share.

Despite this setback, the company did manage to restore previous payout rates by 2011. From this point, the firm consistently increased the number of dividends, until reaching $2.10 by 2020. So as we can see, the company has quite a solid track record of returning money to its shareholders. This is the main reason why this stock became a part of many retirement portfolios. In fact, some financial commentators have gone as far as to call this stock a retiree’s dream.

The current dividend yield of the stock is at 11.9%. This is indeed a very impressive rate of return for income investors. Essentially, with this stock individuals can earn 4 times larger yield than the long term average US inflation. In times when it is very difficult to find a certificate of deposit that pays at least 2%, this stock looks like a profitable alternative to savings accounts and CDs.  Obviously, with stock investing the safety of the principal of investment is not guaranteed. However, on the flip side of the coin, investors can benefit from capital appreciation, if the stock price rises. This can be a realistic expectation since SPG is still 50% below its recent highs and the company is already opening up its shopping malls.

All those attractive rates of return nice, but can the company sustain those dividend payments? To answer this question, let us take a look at the payout ratio of the firm. According to stocknews.com, this indicator is currently at 71.7%. In general, if the payout ratio is lower than 80%, many analysts consider the company dividends to be sustainable. Yet, the fact that the company spends more than 70% of its net income on payouts to shareholders, might make some investors uncomfortable.

Here we need to consider that firstly many solid blue-chip dividend-paying companies are in the same position. For example, the Payout ratio of Coca-Cola is currently above 76%, yet, the firm maintains its impressive track record of consistently increasing its dividends for more than 40 years.

Also, the business model of the company is constructed around renting out shopping spaces, so in the long term, this is a more stable business.