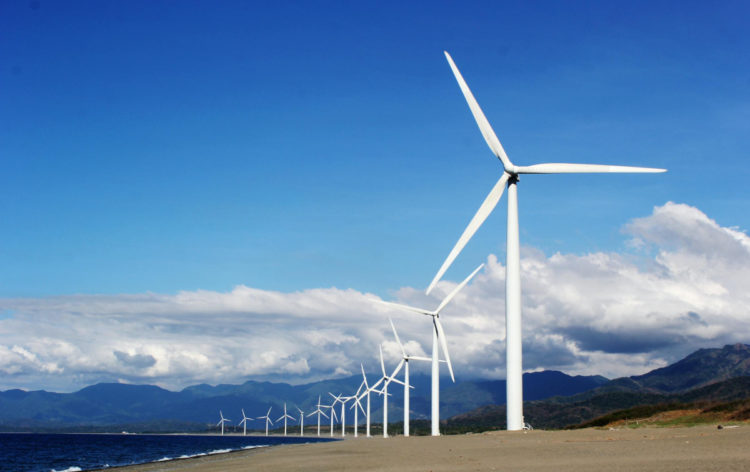 As the market opened on the London stock exchange, the SSE PLC shares have made some notable gains, rising by 8%. The stock previously closed at 1,269p and after today’s rise, it reached 1,373p.

The move came right after the company has published its preliminary results for the financial year ending with March 31, 2020. One of the most important positive news for the firm was the fact that it had achieved an adjusted operating profit of £1,488 million, which was 37% higher compared to the previous year. The adjusted profit before tax has also risen by 49%, reaching £1,023 million. Finally, the adjusted earnings per share were at 83.6p, 35% higher than a year ago.

Despite those positive results, the outbreak of the COVID-19 pandemic did have a negative impact on the company finances. The latest report especially underlines two factors that affected the business. Firstly. the lockdown and closure of many establishments led to reduced consumption of electricity. The SSE PLC states that because of this the company lost £18.2 million in revenue. The second factor was the fact that the massive loss of jobs and reduced economic activity led to an increase in the overall amount of bad debts by £33.7 million. Therefore the total direct negative impact of the coronavirus on SSE PLC amounted to £51.9 million, which is a significant sum, even for such a large company. The firm stated that during 2020 and 2021 the total impact of the outbreak of the COVID-19 pandemic might be within £150 million to £250 million range.

Despite this setback, the report states that the company still contributed £7.7 billion to the UK economy and €650 million to Ireland’s GDP. The firm also employs more than 83,000 people in the UK and also has a workforce of more than 3,700 employees in Ireland.

Measures in Response to Outbreak of COVID-19 Pandemic

However, in order to respond to the recent challenges the company management has taken several steps to ensure the long term survival and profitability of the firm. Firstly, the board has decided to reduce the total annual dividend from 97.5p per share back in 2019 to 80p per share. This essentially represents an 18% reduction compared to the previous year. It goes without saying that this was disappointing news for some shareholders. However, an 18% cut was a rather mild measure, considering the fact that some companies cut their payouts in half or even gone as far as to eliminate them entirely, due to challenges of the recent economic downturn.

In addition, the management also announced its intention to reduce the cash outflow by £250 million during 2020 and 2021. The company plans to achieve this by mostly focusing on cutting its capital expenditures. The firm also intends to raise £2 billion in revenue by autumn 2021, by securing value from disposals.

According to the official company report, Richard Gillingwater, the Chairman of SSE, stated: ‘It is still too soon to predict with accuracy the full human, social, economic and business impact of coronavirus; but we have put in place a comprehensive plan to achieve the related objectives of sustaining the dividend payments which provides vital income for people’s pensions and savings – income which is now more important than ever; and promoting the long-term success of SSE for the benefit of all its stakeholders.’

Despite those developments, the SSE PLC shares fell victim to the March 2020 stock market crash. Just in a matter of 4 weeks of trading, the stock collapsed from 1,686p to 1,073p, losing more than 36% of its value in such a short period of time.

The shares regained some of the lost ground in early April 2020 and stabilized around 1,200p level for 2 months. However, after the release of today’s results, the stock broke through above the 1,300p resistance point and is already approaching 1,400p mark. At this stage, the security still needs to rise by 20% in order to return back to February highs.

As the latest reports suggest the Earnings per Share (EPS) of the company stands at 83.6p. Consequently, the current Price to Earnings (P/E) ratio of the company is close to 16.42. This suggests that even after today’s developments the stock is still a very reasonable price and consequently does have some room for further appreciation.

It is a rare occasion for the company management to announce its dividends plans for the next five years in advance, however, SSE PLC leadership decided to take this step. According to the official statement, the company will set dividend for 2020 at 80p and from this point onwards will try its best to makes sure that the payouts will keep up with UK RPI inflation for the next five years.

The term RPI stands for the Retail Price Index, It is one of the key inflationary measures in the UK and is widely used alongside with more popular Consumer Price Index (CPI). Those two indicators are highly correlated with each other, however, RPI typically tends to be more volatile and on average shows roughly 0.5% higher inflation than CPI. So it is very nice to see the company management being concerned about the purchasing power of the dividends. This might even give rise to a new trend, index-linked dividends where some companies would adjust their payouts, according to the changes in the buying power of the currency.

On balance, SSE PLC seems quite a decent stock to invest in. It is still pretty much reasonably priced, with significant upside potential, so it can be a decent addition to growth portfolios. When it comes to income investing, the stock has a very attractive dividend yield of 5.8%, which especially handy in times of near-zero interest rates. Also, the management has already announced it plans to increase its payouts in a way to match the RPI index, which can protect the dividend income from inflation. So this stock can be useful not only for growth investing but for income investing as well.