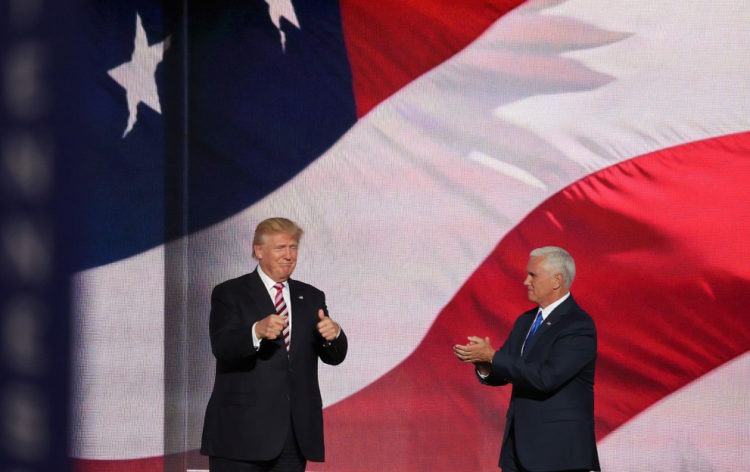 A new North American trade agreement is to be signed by the U.S. President Donald Trump on Wednesday. The signing will take place on an open-air ceremony at the White House, with over 400 guests being invited to attend – Yet the Democrats that assisted with securing congressional passage of the deal will not be among them.

The ceremony will be attended by the officials from Canada and Mexico, as well as a wide host of guests from around the US, including lawmakers, farmers, workers, and CEOs.

A number of key Democrats were not invited to attend, however, among those the Chairman of House Committee on Ways and Means – Richard Neal, who secured the approval of the pact in the House run by Democrats, negotiating the labor, environmental and enforcement provisions of the deal.

The ceremony is taking place amid Trump’s impeachment trial, with many indicators that a number of Trump’s fellow Republicans are likely to allow for the calling of witnesses, among them, John Bolton – Trump’s former national security adviser.

An effort has been made by Trump’s legal team, aimed at addressing the impact of the manuscript from Bolton’s unpublished book, leaked to The New York Times, which delves into Trump’s key role in mounting a pressure campaign on Ukraine to start investigation on Joe Biden, the most likely adversary for Trump in the upcoming election from the Democratic Party.

The renegotiation of the North American Free Trade Agreement (NAFTA), an agreement signed 26 years ago, was among the key points of Trump’s manifesto during the 2016 campaign for Presidency. The U.S.-Mexico-Canada Agreement (USMCA), a deal that acts as the replacement NAFTA, will be among the key achievements to be bragged about by Trump in the coming weeks, as the campaign for the second term of Presidency approaches.

The USMCA is being portrayed as a better alternative to NAFTA, the latter being view as detrimental to American jobs by the White House. The spokesman for the White House – Judd Deere, presents USMCA as a major achievement by the current administration and as another promise fulfilled to the American people, which will rebalance the trade in North America, and bring more security for American jobs and American Workers.

The agreement has already been ratified by the Mexican Parliament, while Canada is yet to approve the deal for it to take the effect. The legislation was approved with an overwhelming majority in the U.S. Senate, which was sent to Trump to be signed into law.

It will still take a number of months before the trade accord is fully implemented, with all three nations meeting their obligations. Under the new agreement, tougher rules on labor and automotive content are introduced, yet it does not touch on the North American trade flow, which accounts for $1.2 trillion annually.

The Republican aide has commented on the decision to exclude the Democratic side from the ceremony, stating, that they don’t deserve to be a part of it due to the passage of the deal being delayed by Democrats negotiating changes to the original USMCA agreement.