Home - Trade Insider - UproFX a newly launched brokerage. Is it a scam?
Trade Insider
by Martin on January 11, 2019

UproFX a newly launched brokerage. Is it a scam? 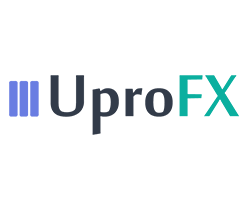 With today’s loud world, it is always hard to get some attention to your new business. However, thanks to the tastes that differentiate us as human beings, we are able to diverge our attention to the things that are important to us. However, sometimes even that is not enough as we start missing some positive information about the world from time to time. And by the time we learn of it, somebody has already discredited it and disregarded it.

Today is no different. The world of Forex is a very hectic one, always on the move and never stopping for anybody. You can call this article sort of like a UproFX review, but in all honesty, it is just announcing the company to better stick its head out from all the noise. The firm is rather new, is only formed about 10 months ago. But it has already attracted some unwanted attention, especially from the media, that has been biting away on some of its controversies. Let’s look into these controversies and see what they are truly about.

Is UproFX truly a scam?

If you search for UproFX right now, most of the reviews and articles you will get will be labeling them as a scam, not even devoting the time to explain to why this company appears as one. Well, there is one feature that UproFX is missing, to be honest, if our research hadn’t been extensive, we would have been inclined to call them a scam as well. You see the company is missing a license from their local regulator in Estonia.

You see UproFX is a child company of Yield Enterprise Currency Software, which is one of the largest companies in Estonia. Now try to look at it this way. A large successful company featuring a Forex brokerage, do you think they would risk it being a scam? Absolutely not, it would damage their reputation to oblivion. This would not only cause UproFX to close down but Yield Enterprise Currency Software as a whole as well, with its executives being put on trial.

However, despite applying this logic, we simply can’t help but recognize the possibility of UproFX being a scam. Why? Because no matter how big of a backing you may have through a corporation, it’s absolutely essential to posess a legitimate license. This not only adds trustworthiness to the company but also safety to its users should something occur.

Therefore, after offering an opposing argument to the scam, we believe that it’s still not enough to brand the company as trustworthy in our eyes. We can’t necessarily say they’re a scam, but we sure can say that they’re not recommended.

However, to emphasize our struggle to make a definitive decision on this broker, we decided to look through their offerings as well.

In terms of features, we believe that this brokerage trumps most of the competition that is out there right now. The ESMA regulations hit the Forex industry in the EU really hard, therefore most of the brokerages had to dumb down their features in order to retain their licenses. Due to that lack of a license UproFX was able to maintain its trader’s benefits and larger leverage. It has already become a primary reason for people to switch over and start trading there. But no matter how hard the company tries there will always be hecklers trying to discredit them for their lack of a license.

The company is still rather new, therefore this lack of a license could be an experiment of some sort. Seeing if they could get enough attention and customers without it. But no matter if the experiment fails or succeeds, we believe that the regulatory license could be just a few months away.

At this moment, UproFX is gearing up to be one of the highest contenders in the European Forex market and it is obvious why some already established Forex brokers may be distraught about this. Nobody wants serious competition, in an already overwhelmingly competitive industry.

But the fact that there is no license as of yet, gives them a legitimate reason to criticise this company.