Home - Top News - What does US-Iran tension mean for the markets
Top News
by Martin on January 9, 2020

What does US-Iran tension mean for the markets 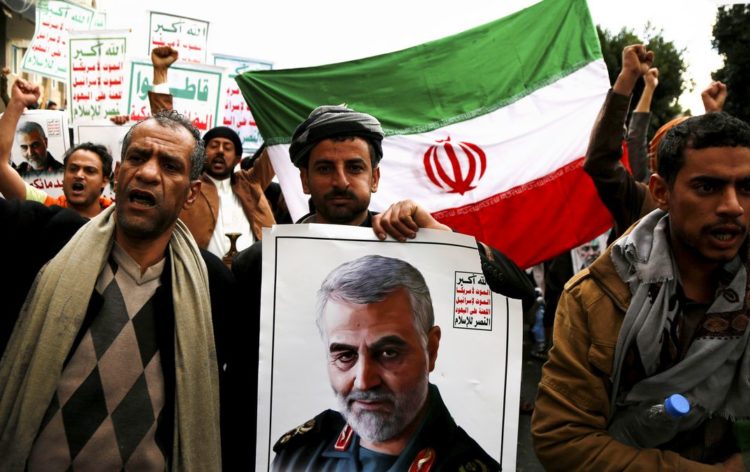 The world has been shaken by the escalating tension between Iran and the US. It has also taken a toll on the markets and people have been left to wonder what is to come in the following days. It would be an overstatement to say that the Iran-U.S relationship has taken a huge toll on the markets but the fears are there and things aren’t yet clear on the market or between the two countries. While the rest of the world is hoping for a peaceful solution to the problem and want to see a safe way out of the situation, communication between Washington and Tehran hasn’t exactly been smooth and the unpredictable situation has already affected the markets.

Where it all began

The tensions began when A.U.S drone strike in Baghdad ended up killing Qassem Soleimani, an Iranian military commander who was widely recognized as Iran’s second-most powerful man. The world has been waiting for a response from Iran and the general attitude in the country seems very hostile. It was upon the US to manage this and to prevent any further escalations and for a while, it seemed like America managed to calm the situation down a bit. But since not everything is settled just yet and Iran seems very determined to get back at the U.S, the markets have become more unpredictable but not necessarily in an irreversible way.

As reported by many news outlets, the yen and Swiss franc took a big hit and fell from their recent highs against the dollar after the tension was somewhat stabilized. The general attitudes, at least according to the market and what we can tell from the overall state and shifts in it is that investors are quite optimistic that the tensions will not continue.

It was expected that the market would take a bigger hit because of this but for some reason, investors remained calm through the tension and managed to keep the market somewhat stable. U.S non-manufacturing sector performed significantly better than expected to keep the dollar afloat, while yen fell from its three-month high against the dollar.

And while the market seemed to handle the initial tension between Iran and the U.S well, things could still take a turn, since the relationship between the two does not seem to be on a healing path.

The forex market can be extremely fragile and there are some tools in place to make it easier to manage, with some of the best fx bonuses or promotions but it is still very impressive that the market has taken the first escalations so well. The Iranians seem very determined to get their revenge while the U.S tries to maintain this more “civilized” approach. We’ve seen massive rallies all across Iran that demand justice for Qassem Soleimani. The market experts are hoping that the “mild de-escalations” between the two will bring a positive change.

The director and head of FX strategy at Exchange Bank of Canada and Toronto said that the trend is evident because the market saw gold and oil off their Sunday highs. But even the industry experts say that the situation can definitely turn around very soon with this setup and that it is important to not get too comfortable with the current state of the market.

That being said, the recent survey data shows that investor and business confidence in the eurozone has been improving and that the onshore yuan rose to a five-month high, which is a sign that the traders are not all that concerned with the possible consequence s of the Washington-Tehran tensions and are continuing to trade normally.

But this poses an important question for the future, where the escalation might still take some other forms. We’ve seen that dollar manages to stay strong in the very beginning but if tensions continue to rise we might have a completely different situation on our hands.

The market has decided for itself that there was no real risk in this and that has been a very important factor, but considering now the narrative of deescalations seems less and less relevant the market expert might have to change their attitudes. The fact that even the verbal threats from Iran didn’t stop investors from trading confidently is a sign that confidence in the U.S and the overall commitment to peace from the rest of the world is very strong. But it should be noted that the tensions do seem to be getting more intense instead of deescalating.

If the market managed to survive the first stages of this tension, it doesn’t mean that further down the line the same conflict won’t cause a big stir.

We’ve already seen Saudi Aramco, the oil giant hit the lowest point since market debuts and it is all because of the very recent attacks coming from Iran’s part. Since Iran launched more than a dozen ballistic missiles against military bases housing U.S troops in Iraq talks about the easing of tension has become obsolete. The escalating tensions have sent oil prices surging.

If the tensions continue at the same pace, it is likely that sooner or later the market will have to face reality. While investors keep displaying overwhelming confidence in the U.S, things might need to change if the suddenly Iran doesn’t decide to back off, which for now seems unlikely.