What is Reason Behind Recent Rise of Eli Lilly Stock? 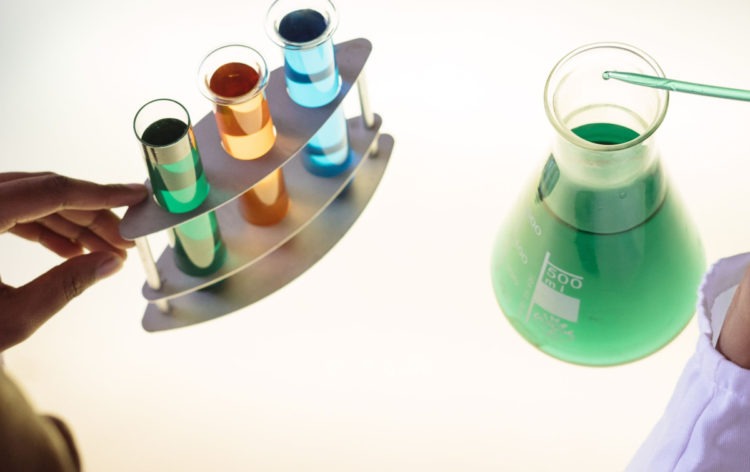 Eli Lilly and Company (LLY) shares made very impressive gains recently. The stock closed at $163.71 by the end of yesterday’s trading session, gaining 15.68% in the process. The catalyst for this move was the company’s announcement, where the firm has reported that a late-stage clinical trial of Verzenio, a breast cancer treatment, produced positive results.

The therapy was in the third phase, included the study of more than 5,600 women, who had breast cancer in the past and now had a risk of its reassurance at some point in the future. The results of the trial have shown that Verzenio, in conjunction with the standard therapy can “significantly decreasing the risk of breast cancer recurrence or death”.

It goes without saying that this represents a great breakthrough in cancer research and can be a great relief for millions of people, suffering from this disease. Obviously this achievement can be very beneficial for the company as well.

According to the official 2019 annual report, the company’s recorded revenue during the year stood at $22,320 million, 4% higher compared to 2018, when this number was at $21,493 million. At the same time, in order to deliver better long term results, the management has boosted the spending on research by 11%, raising it from $5,051 million to $5,595 million. This means that from 2019 the company spends a quarter of its total income on the research and development category.

One would expect that due to increasing expenditure, the firm’s profits should have fallen, at least in the short term. However, fortunately for the company shareholders that was not the case. In fact, in 2019 Eli Lilly and Company have posted a net income of $8,318 million, which was considerably higher, than back in 2018, when this number stood at $3,232 million.

One of the reasons for this achievement was that in order to reconcile spending hikes in research with the company’s financial interests, the management decided to reduce capital expenditures by 15%, from $1,211 million to $1,034 million. Despite those cuts, the firm still managed to increase its workforce by 2% by hiring more than 550 new employees during the year.

According to the company’s 2019 annual report, over the period between 2014 to 2019, the firm has delivered an annualized shareholder return of 16.7%. This is considerably higher than the average return of the S&P 500, which stands at 11.7%. This measure includes stock price appreciation as well as dividend payments.

It goes without saying that it will be incredibly difficult for the company to maintain such high rates of returns for the following years, considering the economic downturn brought by the outbreak of COVID-19 pandemic, as well as the recent stock market crash. However, even if the company manages to deliver an average annualized 9% or 10% return to shareholders, this can be indeed a great achievement, considering the current economic challenges.

So did the shares perform during the last few months? In order to see the recent developments of Eli Lilly stock price, we can take a look at this chart:

As we can see from the above diagram, the stock had quite an impressive run during the last 12 months, even despite the March 2020 stock market crash. During June 2019, the shares were trading close to $110 level and mostly stayed relatively flat for the next 4 months. The situation changed from the second half of October when the stock started to make some steady gains. LLY has reached a peak at an all-time high level of $147.35 during early February.

The outbreak of the COVID-19 pandemic, coupled with the subsequent travel restrictions and lockdowns, led to heavy financial losses for many companies, resulting in the stock market crash, which also had its negative effect on LLY. As a result of this process, the stock fell to $119.05 by the middle of March. However, unlike many stocks, which still struggle to recover from this decline, Eli Lilly shares were quick to recover from this fall and during April 2020, have already erased all of their recent losses and exceeded the February prices.

After reaching another all-time high of $162.93 before the end of April, the stock has headed for some correction, eventually declining to $140 by June 2020. However, the recent positive news about the company has pushed its share prices much higher, enabling it to reach a new all-time high of $163.71 by the end of yesterday’s trading session.

It is quite obvious, that Eli Lilly shareholders have benefited considerably for the capital appreciation of the stock. In fact, LLY has gained more than 48% during the last 12 months, which quite rare, even when it comes to successful blue-chip companies.

The only problem with this development is the fact that such decisive moves usually leave securities very overvalued. So did the Eli Lilly shares became too expensive, because of recent appreciation? In order to answer this question, we need to take a look at some indicators.

Firstly, according to CNBC, the current Earnings per Share (EPS) measure of the company stands at $6.03. This means that at current price levels, the Price to Earnings (P/E) ratio of the stock is around 27.15. This indicates that the stock might be slightly expensive, however, it has not yet stepped into the extreme overvaluation territory. Therefore, it is possible for the stock to keep appreciation for some time before the inevitable correction comes into the play.

The company has quite a lengthy history of returning money to shareholders, going all the way back to 1987. Adjusting for stock splits, by 1995 the firm paid a quarterly dividend of 4 cents per share. From this point onwards the management has steadily increased the payouts to shareholders, with the exception of freezing quarterly payouts at 49 cents per share from 2009 to 2014, due to the damaging effects of the global economic crisis. From 2015, the company started hiking dividends again, until they reached 74 cents per share.

So the company does have a decent track record of returning money to shareholders. However, the current dividend yield is at 1.8%, which is not that attractive for investors. Therefore, it might be a better idea to wait for some correction, before one decides to invest in this stock.