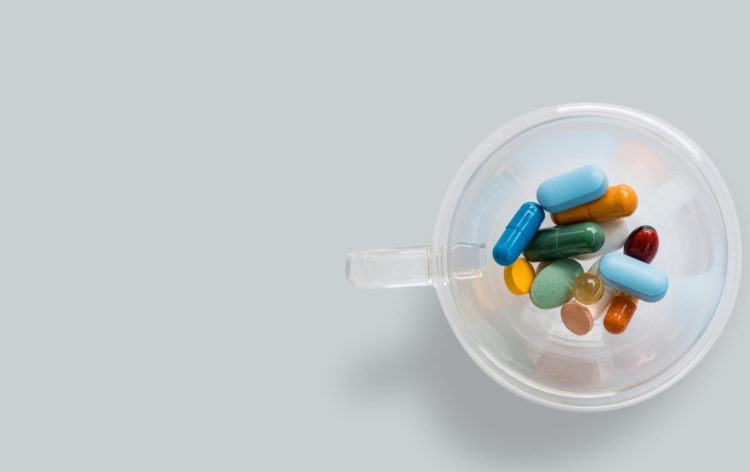 First up is Vertex Pharmaceuticals, a Boston-based company that got its start creating medications for patients with cystic fibrosis, a serious, and usually fatal, genetic lung disease. Vertex currently has four approved CF treatments on the market, along with an active research pipeline focusing on drugs to treat rare genetic disorders. Vertex’s strategy is to develop medications that will treat or ameliorate the underlying genetic mutation of such diseases, rather than suppress symptoms. The company has treatments under development for a varied range of conditions, including sickle cell disease, beta-thalassemia, and Duchenne muscular dystrophy.

But not everything has gone as planned. The company announced in October that it would discontinue work on the Phase 2 study of VX-814, the prime drug in its pulmonary research pipeline, due to safety concerns. The move pushed the shares down 20%, and they still have not recovered.

Things make an interesting background to Shaw’s recent purchases. The fund bought 203,308 shares of VRTX in Q3. At current prices, this is worth $46.8 million. It’s important to remember that Shaw made these purchases before the VX-814 news broke.

Covering Vertex for Piper Sandler is 5-star analyst Edward Tenthoff, who writes of the stock, “While VX-814 for alpha-1 antitrypsin deficiency (AATD) discontinuation was disappointing, we think sell-off in VRTX shares was overdone. Follow-on VX-864 has initiated Phase II study, with a distinct structure, that may alleviate VX-814’s scaffold mediated liver toxicity with data expected in 1H:21. Additionally, Phase II study of VX-147 in FSGS is enrolling with data expected in 2021.”

To this end, Tenthoff rates VRTX an Overweight (i.e. Buy). He sets a $307 price target that implies a 33% upside potential for the next 12 months.

Overall, it appears that Wall Street agrees with Tenthoff. VRTX shares have a Strong Buy analyst consensus rating, based on 14 Buys and 4 Holds. The stock’s $287.50 average price target suggests it has room for 24% growth in the year ahead.

Cigna is one of the biggest names in the healthcare insurance industry. Subsidiaries of the Connecticut-based company provide a range of medical, dental, disability, and other related insurance products, and the company is a major provider of both Medicare and Medicaid plans. Cigna boasted over $153 billion in total revenue for the calendar year 2019.

The company is on track, this year, to exceed the 2019 revenues. The Q1 top line came in at $38 billion, and revenues have grown since then. For the third quarter, the result came in at $41 billion, while EPS came in at $4.41. EPS has come in above expectations for 7 quarters in a row. The results show the quality of a major medical insurer at a time of global health crises.

Deutsche Bank analyst George Hill covers Cigna, and he is also impressed by what he sees. Of the company’s current position, he writes, “Cigna saw a quarterly uptick in medical utilization—a trend the company believes will persist into the back-half of the year and into FY21, likely resulting in more normalized MLR trends.”

“We continue to see Cigna as one of the most attractive growth stories in the MCO space trading at a compelling valuation, though we concede that investor pessimism regarding the commercial insurance space could prevent the shares multiple from expanding in the near to medium term,” the analyst concluded.

In line with these comments, Hill rates CI shares as a Buy along with a $280 price target. This figure indicates confidence in 34% upside growth for 2021.

Overall, the 14 recent reviews on Cigna break down to 13 Buys and 1 Hold, making the analyst consensus rating a Strong Buy. The stock is selling for $209.35, and the $255.57 average price target suggests a 22% upside from that level.

The value of the niche can be seen from the revenues and earnings — Syneos regularly tops $1 billion in revenue per quarter; the recent Q3 result was $1.1 billion. EPS has been climbing since the first quarter when the corona crisis hit the economy, and the third-quarter earnings, at 93 cents per share, beat the forecast by 17%. The year-over-year EPS growth was stronger, at 20%.

Quant expert Shaw is clearly impressed by SYNH, enough to buy an additional 164,135 shares, nearly doubling his holding in the stock. Shaw’s current stock ownership in Syneos is worth $21.9 million.

Reviewing Syneos for JPMorgan, 5-star analyst Tycho Peterson says, “We expect the company to outgrow industry peers aided by a diversified global footprint and therapeutic expertise in high-growth segments within clinical development including CNS, oncology, and complex diseases over the next several years. As such, we see room for upside from current levels as SYNH continues to generate revenue and earnings growth above industry averages.”

Peterson backs his comments with an Overweight (i.e. Buy) rating and an $85 price target that suggests the stock has room to grow 30% over the next year. (To watch Peterson’s track record, click here)

All in all, Syneos gets a Strong Buy rating from the analyst consensus. The rating is supported by 6 Buys and 1 Hold. The average price target, of $78.57, implies an upside potential of 20% from the current trading price of $65.65.