Home-Top News-Apple Emerges as the Least Affected Smartphone Brand During COVID-19 in India
Top News
by Kate Wilson on August 10, 2020 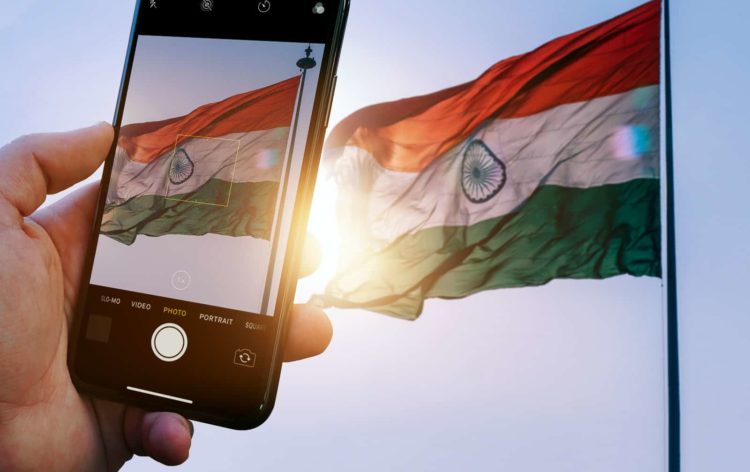 There isn’t a single industry or even a sole company that hasn’t been affected by the COVID-19 pandemic that’s brought the entire world to a standstill. Stock prices of almost all companies have dipped alarmingly low. Numerous people worldwide have lost their jobs and have stopped buying simple luxuries of life, including cosmetics, personal care products, electronics, clothing, and more. Smartphones are no less behind in this. According to the latest market report published by Canalys, a global technology market analyst firm, India’s second quarter of 2020 saw a whopping 48% decrease in smartphone shipments. This means that only 17.3 million units of smartphones were shipped into India.

Xiaomi’s annual growth decreased by 48%, Vivo’s by 36%, Oppo saw a decrease of 27%, and Samsung seems to have taken the biggest hit at 60%. One of the biggest contributing factors to this decline is the loss of jobs. To be able to manage the pandemic and recuperate from losses, numerous big brands like Uber, Swiggy, and others have fired a large chunk of their employees. Moreover, the recent “Atma Nirbhar” initiative launched by the Indian government has also deterred people from buying smartphones from Chinese brands. However, amid this economic slowdown, Apple has emerged as a solid brand that hasn’t taken a lot of hits. Not only have they taken the least hit, but Apple has also registered an impressive increase in the prices of their stocks.

Apple recently released its quarterly earnings and the results were astonishing. iPhone sales registered at a mark $4 billion above any other estimates. Plus, the prices of their stocks rose by 6% during this quarter. For a company to do this while leading economies in the world, including that of the United States, is slipping into an economic depression is a wonderful feat indeed. What’s more interesting is that it wasn’t just Apple’s world-famous iPhones that brought about such a phenomenal result. It turns out that long-overshadowed Apple products in the Indian market, such as iPads, have also received a good boost during this COVID-19 pandemic. Clearly, people studying at home or working from home have turned to Apple products. This could be attributed to Apple’s high-quality display, enhanced user experience, and powerful operating system.

This also comes as a surprise since Apple’s supply chain mostly originates from China. With manufacturing plants, offices, businesses, transport, and more shut down in China for months at end, it was expected that Apple would face tremendous hits and experience a significant shortage in fulfilling the demand of consumers. However, the earnings and revenue recorded by Apple have turned out to be significantly impressive. In fact, Apple has been very proactive about their efforts in establishing solid sales. To ensure that its supply chain doesn’t face any future interruptions, Apple has also been looking to open manufacturing plants in India. Foxconn and Wistron have been working continuously to raise investments for Apple’s manufacturing plants in India and launch products assembled in India.

The future looks pretty strong from the smartphone company

iPads registered a sales figure of $6.58 billion. This is $1.7 billion more than the expected figure. Likewise, Macbooks registered a sales figure of $7.08 billion which is a mark of $1.02 billion higher than the estimates. Clearly, the widespread work from home established by numerous companies all across the world has pushed people to purchase quality products that would raise their standard and ease of work. Surprisingly, it wasn’t only the sale of iPhones, iPads, and more that put the company in such a solid position in India. Even before the COVID-19 pandemic stagnated markets, the smartphone industry was going through a significantly low period.

However, Apple was able to raise a large amount of its revenue from the App Store. Apple takes 15 – 30% of commission on its sales made via the App Store and this formed a big chunk of its business. Another element that helped Apple register a good quarter was the increased sales of its wearables. The sales of Apple Watches increased by 16.7%. This equates to a figure of $6.45 billion which is $0.45 billion more than the estimated mark. Clearly, every Apple product has exceeded expectations and helped the company stay afloat during the pandemic and outshine other smartphone companies.

The board of directors is also looking to buy back its shares. This would inadvertently help the company raise the prices of its stocks even further. This might also be a good opportunity for investors and traders to invest in the stocks of Apple. Assisted trading tools can help people clearly understand how stocks can rise and which one is a good option to invest in. Now that pandemic restrictions have been lifted in numerous countries, and people are slowly returning to normal life, it’ll be interesting to find out how Apple fairs in the new market of increased demand.