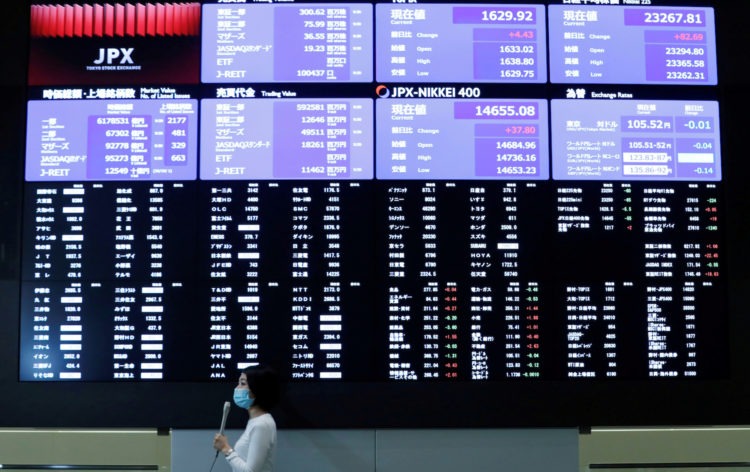 Energy demand in a world struggling to recover from the effects of the COVID-19 pandemic is growing faster than supply, leading to a surge in prices for natural gas, coal and oil. Energy shortages in China are forcing manufacturers in various industries to cut production.

Experts fear that the rise in energy prices will contribute to increased inflation, and, accordingly, faster than expected, tightening of monetary policy by world central banks.

Statistics released on Tuesday showed the highest rise in producer prices in Japan in almost 13 years. The pace of price increases in September accelerated to 6.3% from 5.8% in August, while experts interviewed by Trading Economics predicted a rise of 5.9%.

The South Korean Central Bank kept its base rate at 0.75% following its October 12 meeting. The leadership of the Central Bank noted that the country’s economy continues to confidently recover thanks to the growth of exports and investments, while private consumption is increasing against the backdrop of active vaccination. The Bank of Korea kept its forecast for the country’s GDP growth for 2021 at 4%.

Signals of a new round of regulatory pressure in China also became negative for Asian stock markets. On the eve of The Wall Street Journal reported that Chinese President Xi Jinping sent inspections to state-owned banks and other financial institutions to check their ties with private companies – especially those that have recently been criticized by the authorities. On Tuesday, it became known that Beijing is conducting anti-corruption checks in financial departments, the largest state-owned banks and insurance companies.

The inspection, which will last 2 months, will be carried out by the Central Commission of the Communist Party of the PRC for Discipline Inspection. Until December 15, the commission will accept complaints from informants, it said in a statement.

Westpac Banking Corp. fell 1.7%. The Australian bank said its financials for the second half of the year will include one-off write-offs of A $ 1.3 billion ($960 million).