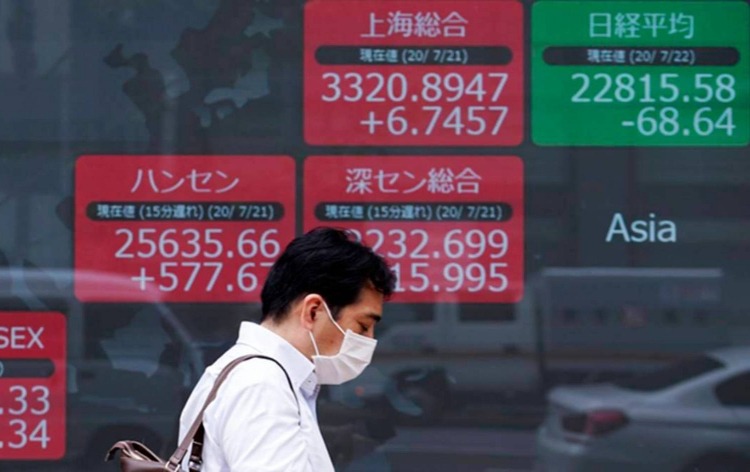 On Monday, Asian stocks were seen to have advanced as the bond market seems to be calming after last week’s drastic changes. The optimist of the global economy helped the price of oil go up. Energy traders are looking forward to the meeting of OPEC+, where several important issues will be discussed.

In the Asian market, Japanese figures managed to have the fastest growth in two years. There are several things affecting the current market changes, among them is the new vaccine from J&J planned to start delivering on Tuesday. In Asia, several stocks were up, including Japan’s Nikkei index, which was up as much as 2.1%.

As for the Chinese blue chips, they gained about 0.8%. Ahead of the OPEC+ meeting planned to be held this week, the oil prices extended further. During the meeting, the representatives are planning to discuss the supply, which, some experts are claiming, could be increased. Brent gained as much as 4.8% last week, and WTI – 3.8%. Over February, both of them were 20% higher.

The Australian stock market is also advancing on Monday, gaining some of the recent losses. The main stock Index in Australia is above 6700 levels, as many of the shares lifted in the market.

At the time of such drastic changes, traders are advised to follow different types of indicators to make sure that they are up-to-date with the ongoing events in the market.

What is influencing the changes?

There are several things affecting the ongoing events in the market. One of them being increased hopes for economies to open up. More and more countries are continuing to vaccinate their population, which is helping the leadership of the countries to open up their economies.

Recently, the US House passed a new stimulus package, which is aimed at helping those most severely affected by the Covid-19. No Republicans voted in favor of the stimulus.

76% of Americans, including 60% of Republicans, support Biden’s covid bill but 0 House Republicans voted for it. A perfect illustration of American politics right now pic.twitter.com/AuOlCSNHsT

Another thing supporting the market changes is the vaccine, which started massively distributing around the world. Although there are some countries that still have not received vaccine dozes, there are others that are very successful in this regard. For instance, the vaccination in the UK is going very fast, as the country speculates that it might be able to deliver the first dose of the vaccine to every adult before the end of July 2021.