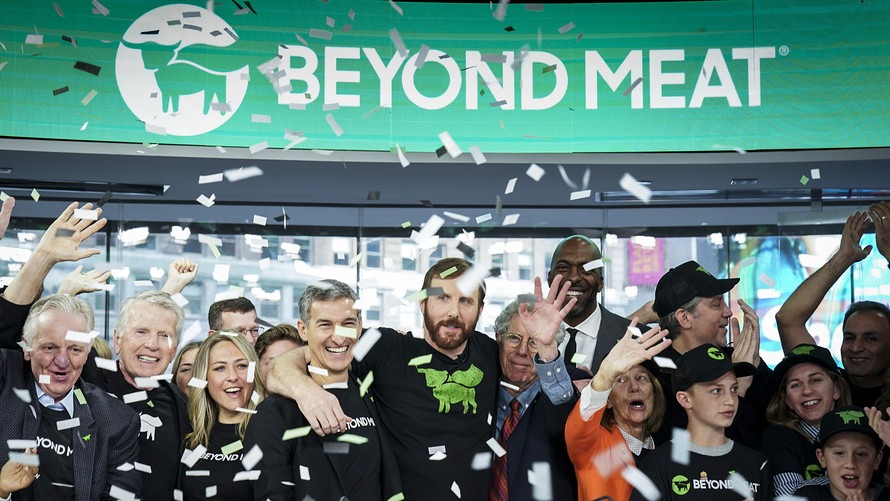 Beyond Meat held its first IPO just three months ago, so it is not surprising that the company stock crumbled when information on a new stock release in the near future was announced. While the fall of the share value might be a little disappointing to those who were the initial buyers during the first IPO, this might exciting news to the markets overall. Beyond Meat has become an incredibly popular company over the months, managing to attract the attention of thousands of traders as their products became more widely available across the entirety of the US. With the demand for a dietary alternative to meat growing, it only makes sense for the company to release new shares. The company is looking to scale up its production and a new release of shares is only a stepping stone to becoming a much more widely available product.

The IPO of the company three months ago was incredibly successful. Contrary to popular expectations the stock of the company managed to grow after, increasing n value by about 780% since the IPO ended in May. The same rate of success cannot be expected or predicted for the stock this time around, but the stock has definitely inspired confidence in its strength. The increase was followed by the products of the company becoming widely available in such market chains such as Kroger Co., and restaurants such as Carl Jr.’s. The expansion of the company to foreign markets, such as the Europen market, has also caused the value of the stock to increase, as the shareholders saw that the demand for plant-based alternatives to meat is in high demand around the world at the moment.

The demand for the company product does not seem to simply be stopping there though. The competitor of the company, Impossible Foods, has seen a growth in its own popularity over the past few months. The introduction of the meat into a Burger King product has also caused a surge in the value of Impossible Foods and shown that the market for meatless alternatives has yet to be fully satisfied even on the local markets. What is even more inspiring is that the European markets, as well as other international export areas,  have yet to be fully explored. While Beyond Meat has already brought a part of its product to some of the largest European cities (such as Berlin) in order to try how the markets will be reacting to it, the company has yet to scale up the production in a way that would be able to support the demand internationally.

So the fact that the value of the stock has drastically fallen in a single day is only good news for those who are looking to get on the bandwagon. Those investors who understand that the future of the company is brighter than the majority of traders expect, are expected to double down on their investment. Those who were unable to purchase at the time of the initial IPO will be looking to invest when they can.

The growth of the company is only going to increase. According to local retail stores in the US, the sales of the products produced by the company are astronomical, with people buying the product by the case when they can. The rate of sale is high enough that some of the retailers are struggling to keep up with demand at the moment. The company has also managed to report a rather rapid growth in revenues since the IPO in May, saying that the company managed to do $64 million worth of business just in those three months. The company expects that it will be doing at least $270 million worth of business in the year 2019, which is up 170% since 2018.

The meatless meat alternative is a growth industry, and investment in it is only going to be positive in the long term. The current fall in the stock value is only a temporary result of a new release of shares, before a higher return to the investors in the future.