Home - Top News - Brexit: The long road to withdraw the UK from the EU
Top News
by Kate Wilson on January 30, 2020

Brexit: The long road to withdraw the UK from the EU 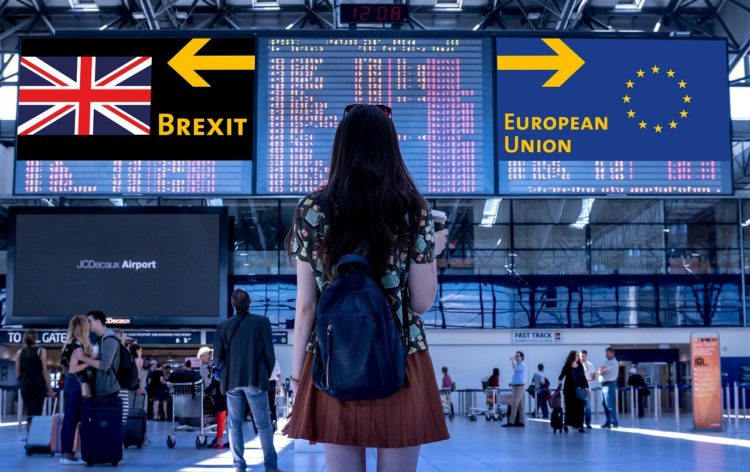 January 31, 2020, will mark one of the most significant events in the history of the European Union and the United Kingdom when British flags will be lowered in Brussels, and the UK will officially leave the EU, being the first nation to do so since the inception of the block 62 years ago.

This marks the culmination of the chain of events that kicked off on June 23, 2016, when British people, with a small majority, voted for the UK to leave the EU in the national referendum on the Membership of the European Union, a decision that polarised the nation and hurled the British government into disarray.

The relationship between Britain and the EU has always been a rocky one, with the UK always weighing the benefits of being a part of the bloc. Just three years after joining the European Economic Community, as the EU was called back in 1975, the first referendum was held in the UK on the matter of membership. 67% voted in favor of remaining, yet the matter was not settled back then, and Euroscepticism continued to hover in the air.

The matter resurfaced again in 2013, when David Cameron, the Prime Minister at the time, made a promise that another referendum would take place, in an effort to settle the question of the EU membership for good, including it in Conservative Party’s manifesto for 2015 General Election. There was a strong feeling that Remain votes would significantly outweigh those in support of Leaving, But to everyone’s shock and surprise, when the results came in, the population of Great Britain came to the realization that the UK was to leave the EU, with 52% of votes being in favor of the UK going its separate way.

What followed immediately was a wave of confusion and uncertainty as to what the future would hold, with search inquiries on Brexit surging dramatically in the coming weeks. In the face of a bitter political defeat, PM David Cameron, a staunch supporter of the UK remaining in the EU, announced his resignation the very next day, being succeeded by Theresa May, who, despite being pro-remaining, assured that she would uphold the will of the British people and see Brexit through.

Meanwhile, the champions of Brexit, those being Nigel Farage and the UKIP party, were showered with accusations of lying to and misleading the populace during the Leave campaign.

The majority of votes for Leaving the EU came from England and Wales, concentrating around small towns and rural areas, in contrast to those for remaining, which predominantly came from London metropolitan area, Scotland and Northern Ireland. Unsurprisingly, younger voters predominantly voted against leaving, while older people were the ones in favor.

The Euroscepticism at the time was heavily fueled by the ongoing backlash against the migration crisis, that swept over the entirety of Europe, and heavily affected the final vote, as many viewed the EU to be primarily responsible for mishandling migration and causing the crisis. The working-class Brits were the ones primarily concerned with immigration, as they saw a direct threat to their jobs in the face of rising immigration, and thus viewed referendum results as a triumphant victory.

Advocates of the Leave campaign didn’t miss an opportunity to use any means necessary to legitimize their cause, slamming the EU for the migration crisis, and displaying vast funds that the UK was injecting into the EU on their ‘campaign bus’. Yet in the wake of what was effectively UKIP’s political victory, the leader of the party, Nigel Farage, stepped down from his position as a party leader, stating that with his political goal fulfilled he was ready to stand aside.

What seemed like a turbulent few weeks in the wake of the referendum results, however, paled in comparison to what was to come for the next 3 years.

As the island nation was coping with the new reality, one thing was for certain – The British Economy had challenging times ahead of itself. Europe has long been the major source of Foreign Direct Investment in the UK, as well as its primary export market. What pro-leaving campaign didn’t mention, were significant benefits that the membership was providing, which in turn ensured London’s position as the financial capital of the world.

With unexpected referendum results, uncertainty settled in and major corporations that had a significant presence in the UK started announcing their plans to start relocating to other countries. Among the first to jump the boat were a number of banks, including HSBC, that announced about its plans to relocate its European headquarters to Paris, Barclays, with Dublin as its choice of post-Brexit destination, and Deutsche bank, moving to Frankfurt with its global HQ being there.

The decision would also mark the end of the free movement between the UK and the EU, meaning, that working and living in the UK would become a far greater challenge for the EU citizens and vice versa.

The overall forecast was rather gloomy as well, with the government estimating that post-Brexit Britain could see its economy being shrunk by 4-9%, all depending on the type of deal that the British government could agree on with the EU.

Thus, all rested on PM Theresa May’s shoulders from that point, to spearhead negotiations with the EU.

Deal or No Deal

To say that the challenge of withdrawing the UK from the EU in a monumental undertaking would be a gross understatement. It means undoing all the economic ties that have been forming continuously for 46 years and have deeply rooted themselves into every fabric of the British economy.

PM Theresa May, staying true to her word, repeatedly attempted to strike a deal with Brussels to achieve favorable terms for her nation. Yet, her effort repeatedly produced little results, and PM had to request the extension of the Article 50 period twice, to win more time in an effort of striking a favorable deal. Although the extension was granted on both occasion, Theresa May had ultimately failed to secure the support of the British parliament on her deal with Brussels, and after three years of continuous pressure, and her commendable efforts to see Brexit through, she announced about her resignation on July 24, 2019, with an emotional speech, and thus it was up to Boris Johnson, a supporter of Brexit, to soldier on in finalizing Britain’s withdrawal from the EU.

Despite PM Boris Johnson’s strong stance on the matter being rather unpopular with many lawmakers, resulting in a strong opposition both within his own party and the Labour opposition, he managed to draft a deal with Brussels on October 17, and with Conservative Party achieving a crushing victory in December’s parliamentary election, Britain’s exit from the EU was secured, with the final deadline set on January 31, 2020.

The deal has to be approved by both the UK parliament and the EU for it to be fully ratified. Theresa May learned it the hard way, that securing the support of the parliament can be an overwhelming challenge, yet with Conservatives holding the majority of seats since December, the course of British withdrawal from the EU seems to be set.

Negotiating withdrawal was only half the equation, however, and the post-Brexit period will come in as a true test for PM Boris Johnson, who will have to negotiate the terms of future UK-EU relations. PM will be facing internal challenges, with the Conservative party being divided along those wishing to maintain closer ties with the EU, and those who look elsewhere for new economic opportunities.

Whatever future holds for Great Britain and the EU, one thing seems certain, from January 31, the Union Jack flag will no longer fly over Brussels.