Home - Trade Insider - CME Group gets Dutch license to move its business from the UK
Trade Insider
by Mary on March 13, 2019 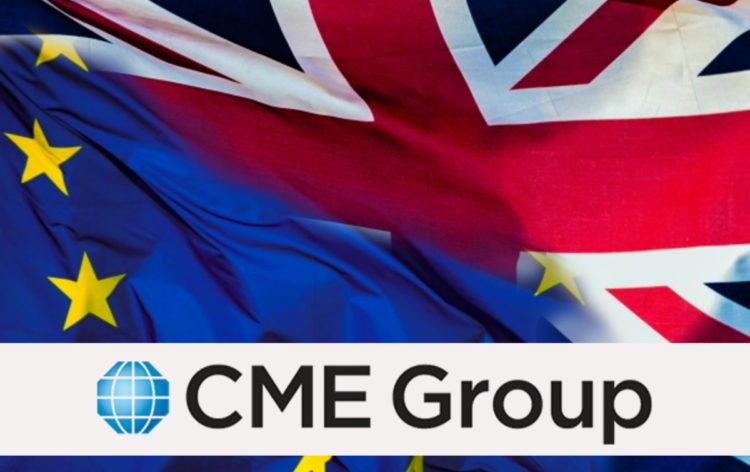 CME Group has received an exchange license from Dutch regulators. The license allows the company to move its fixed income and repo trading business from London to Amsterdam as a hedge against a no-deal Brexit.  The approval is the same as the regulatory permissions in the United Kingdom, thus it allows CME Group to provide its services to the residents of the EU countries from Amsterdam, operating under a MiFID II Passport.

Shifting from London to Amsterdam

As CME secured an exchange license the company will transition several of its businesses to CME Amsterdam B.V – European Repo businesses (under a new regulated market license), BrokerTec’s European Government Bond and on-MTF FX forwards and swaps (under a new MTF license) In order to maintain a single pool of liquidity. However, some businesses will continue operating without any changes. These businesses include BrokerTec’s UK Gilts, Gilt Repo businesses, and all other EBS related ones.

In order to assist clients in meeting their MiFID II obligations and minimize the disruption after the changes, CME Group will also transition the CME Regulatory Reporting Approved Publication Arrangement (APA) transaction and trade reporting services for EU27 clients to CME Amsterdam B.V.  Approved Reporting Mechanism (ARM) will also be transitioned for the same reason.

CME Amsterdam B.V. will start operating alongside Abide Financial DRSP Limited (AFDL). The company is authorized as an ARM and APA by the UK’s financial watchdog FCA and will continue providing service to customers in the United Kingdom. Currently, CME’s EBS electronic trading platform handles about $100 billion daily in spot Forex volumes. As the company said in an official statement, the establishment of the new entity in Amsterdam will ensure that CME businesses will continue operating and providing services to the EU27 clients despite what the outcome of the UK’s withdrawal from the European Union.

CME Group is not the only company that is leaving the United Kingdom. Almost every big financial company is preparing for the worst and shifting its London-based businesses in other EU states.  Expecting hard Brexit, some of the companies chose to establish a new entity in Paris, while almost every sizable trading venue has chosen Amsterdam to be their base after Brexit. Bloomberg, MarketAxess and Tradeweb have made their choice in favor of Amsterdam. Thomson Reuters is seeking authorization to move its Forex MTF from London to Dublin.

Other firms that also want a guarantee to be regulated in time for Brexit have a deadline until July 1st to seek the approval from the Dutch regulator.  Under new regulations, for all institutions that fall under the regime of MiFID II, financial instruments are allowed to be traded only on new MTFs.