Home-Trade Insider-Commodity-Why Could Crude Continue to Rise in August?
Commodity Commodity
by Emma Mitchell on August 15, 2022

Why Could Crude Continue to Rise in August? 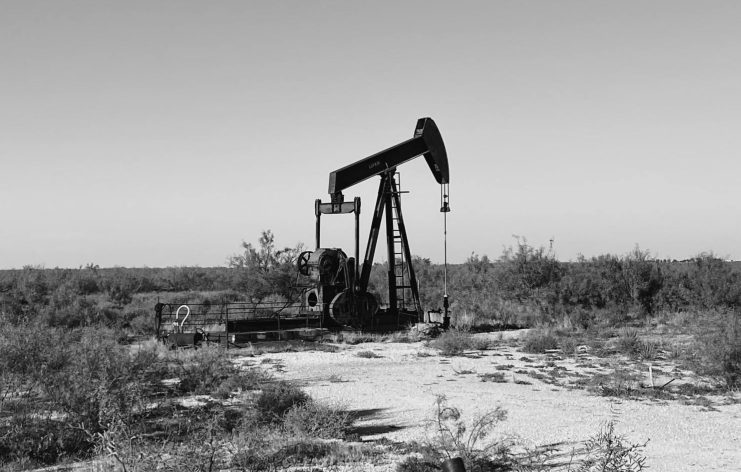 Crude oil prices have dropped sharply. As of August, crude oil prices slid more than 24% since the highs reached in June. To help address elevated gasoline and crude oil prices, the U.S. government offered to release crude oil barrels from the strategic petroleum reserve. The announcement of the U.S. Treasury Department stated that the U.S. government would deploy 180 million barrels of crude oil from their strategic petroleum reserve, impacting crude oil prices and bringing much-needed relief at the pump for the U.S. consumer. The U.S. Government believes that releasing the fund, which is usually only used during times of stress and elevated prices, and which does not need the approval of congress, will increase overall stockpiles. The upshot is that the reserve temporarily has put downward pressure on prices, but demand has remained strong and could buoy prices in the month ahead. 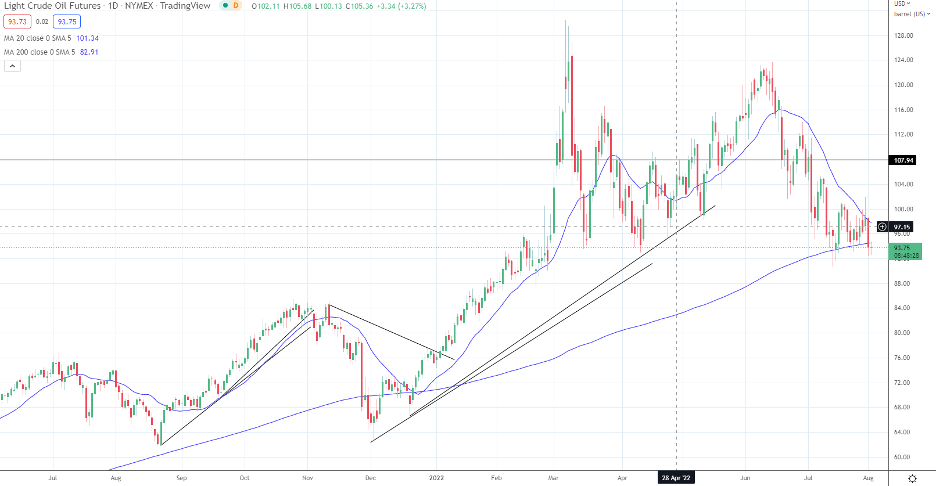 Crude oil prices have reserved their upward climb and began moving lower after peaking for the second time in June 2022. WTI crude oil prices hit their 2022 highs in March following the announcement by Russia that it was invading Ukraine. Russia is one of the largest oil producers, generating 11.2 million barrels of oil per day. Their staggering volume makes them the third largest producer in the world, behind the United States and Saudi Arabia. Russian exports of oil are significant to the European Union. Russia is the largest exporter of oil and oil products to the EU, supplying about 2.2 million daily barrels. With no end to the conflict in the Black Sea region, the world might wonder where additional oil barrels will come from to satiate demand.

The U.S. Has Not Significantly Increased Output

Despite robust demand for oil and product (diesel fuel, gasoline, jet fuel), the United States has yet to increase the volumes it produces daily. Crude oil inventories remain near the lower end of the 5-year range for this time of year. According to the Energy Information Administration, U.S. crude oil production is currently at 12.1 million barrels per day. In contrast, this production level compares to the 11.2 million barrels of crude oil per day produced in 2021 at this time of year, which remains well below the peak production in 2019.

One of the issues facing the oil industry is that there is a transition underway and less interest in crude oil investment. Consumers are flocking to electric cars. According to the International Energy Agency, electric car sales, including hybrid vehicles, will double to a new record of 6.6 million in 2021. Chinese electric car sales nearly tripled in 2021 to 3.3 million, about 50% of the total worldwide.

Investors evaluating these statistics can see accelerating demand for electric cars, which is likely to weigh on the need for petroleum-based vehicles. If you are the management of an oil and gas producer, you might be able to see the writing on the wall. Moving forward, there will likely be less demand for petroleum, and therefore, little incentive to increase the oil supply in the future. Granted, at $90 per barrel, the oil companies are making significant profits.

Oil and gas profits in Q2 of 2022 were extraordinary. Large integrated companies like Exxon made 18 billion in earnings during the period while Chevron made nearly 12 billion in profits, which are record numbers. Shell also made 12 billion dollars in profits. Elevated oil and gas prices were the reason for the most significant increases in earnings. One might believe that these oil companies would try to take advantage of these robust earnings and produce more oil, but this does not seem to be the case. Oil companies are afraid to increase their oil production, as exploration and investment are moving toward cleaner energy.

Another issue is that there is no interest in building new refiner capacity. Refiners turn crude oil into gasoline, diesel, and jet fuel products. The move to cleaner energy has reduced the incentive to make any new refiners. Refining capacity in the United States is running above 92%, which is the total capacity when you consider that, at times, the machinery must come offline for maintenance. Even if more crude were available, refiners would be unable to turn it into gasoline or diesel fuel.

Despite the elevated levels of crude oil prices, demand remains high. According to the Energy Information Administration, total product demand is down only 2.9% despite a robust price rise. Gasoline demand is down 7.1%, while diesel fuel demand is less than 1%. Jet fuel demand is up nearly 10% yearly as vacation-related travel has increased substantially in the wake of the lockdowns and pandemic.

The upshot is that transitions are difficult. The world is accelerating its demand for clean energy and has limited its investment in oil and product. Electric car sales have surged. Meanwhile, oil profits are at record highs, but oil companies have little interest in investing in the future. Oil company executives are concerned that a 10-year investment in developing oil or building a new refiner will not be well received. Instead, they are happy to try to make what they can in the short term and be prudent about what they spend. The lack of supply of oil and rising demand for jet fuel could help buoy oil prices after a decline of more than 30% since the June highs.