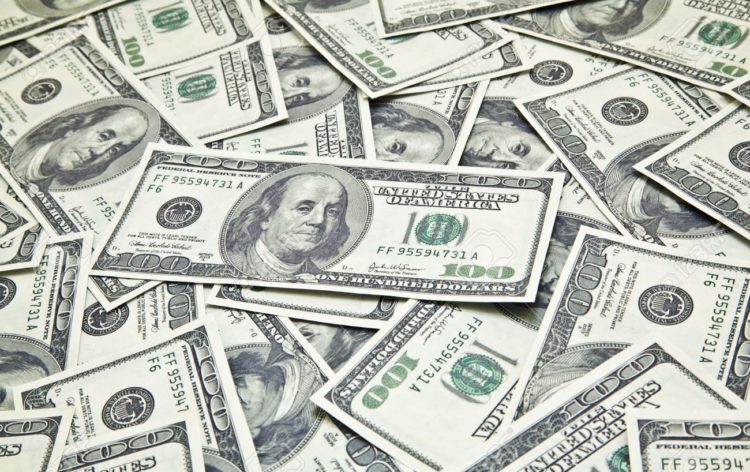 In early European deals on Friday, the dollar eased slightly after strong gains in risk appetite on Thursday supported high-yielding currencies against safe-havens.

By 03:30 am ET (07:30 GMT), the dollar index, which tracks the dollar against a basket of advanced economies, was down less than 0.1% to 93.938, driven largely by declines against commodities. basket currencies.

USD/NZD fell 0.2%, while USD/AUD and USD/CAD fell 0.1% a day after slightly weaker-than-expected producer price inflation and relatively solid bank profits sparked a sharp rise in the US stock market.

EUR/USD also rallied above $ 1.16 again for the first time in 10 days, while sterling consolidated its gains on Thursday at $ 1.3697 after strong gains in response to progress in negotiations with the EU to implement the Brexit agreement in North Ireland.

This week ends on a fairly calm note as inflation concerns have eased slightly. The 10-year Treasury yield returned to the 1.54% level, about 8 basis points below the highs reached earlier in the week.

However, the factors behind inflation, including a massive fiscal and monetary stimulus that have driven energy prices higher and shortages of semiconductors and other components, take time to recover from the crisis. Analysts noted that the slight lag in the Producer Price Index (PPI) is largely due to, possibly, a short-term decline in airfare. Crude oil, natural gas, and other manufactured goods are still near multi-year highs, and there are growing signs that the organized labor force is demanding higher wages (especially at the American farm equipment manufacturer Deere (NYSE: NYSE: DE) & Co .).

The head of the Federal Reserve Bank of Richmond, Tom Barkin, said on Thursday that there would be “no shame” in admitting that inflation was more “resilient” than expected. Some took the announcement as a latent criticism of the Fed’s board of governors, which stubbornly adheres to the version that the rise in prices this year is temporary.

Today’s major releases will be US retail sales at 08:30 am ET (12:30 GMT) and are expected to decline 0.2% month-on-month, continuing to show a slowdown in consumption in recent years. six months. Attention will also be paid to the University of Michigan Consumer Sentiment Index for September due out at 10:00 am ET (14:00 GMT), especially on inflation expectations. A poll conducted last month showed that consumers expect prices to rise by 4.6% over the next 12 months, below a 10-year high of 4.7% in July.