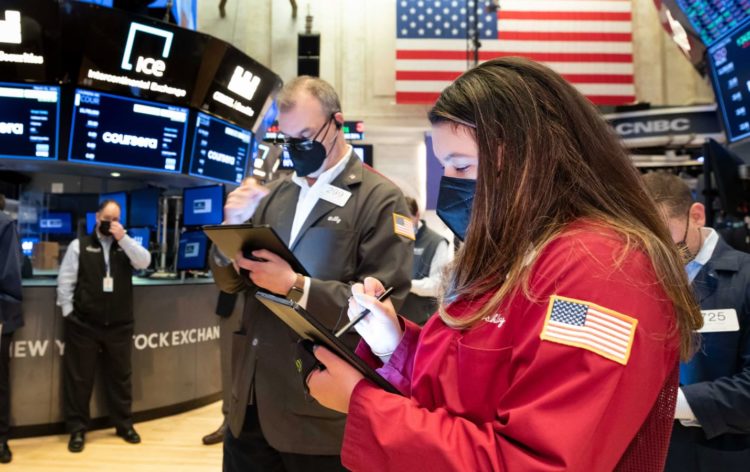 The US stock market fluctuated around Monday’s closing levels amid a lack of obvious drivers for both growth and decline.

This morning, the yield on 10-year US government bonds reached a new record high since June 4 at 1.6294%. True, this event took place at the very opening of trading, looked like a forced closure of long positions in these securities, and by the evening this indicator dropped below 1.60%. Oil prices remain in the area of ​​multi-year highs, but today they are not growing, but are consolidating, which allows inflationary fears, at least on a situational basis, to recede into the background.

According to Bloomberg, the futures market for the federal funds rate takes into account in prices a 95 percent probability of a 0.25% increase in November 2022 and an approximately 50 percent probability of such an event in September 2022. Investors seem to have come to terms with the prospect of an imminent reduction in the US asset purchase program and a general deterioration in financial conditions, so the corporate reporting season should come to the fore in the near term.

The results for the third quarter have already been presented by 21 companies from the S&P 500. From the point of view of financial indicators, everything looks relatively good so far: forecasts for revenue and profits have exceeded 15 reported issuers, which is 72% of their total number. This is noticeably worse than the indicators of the second quarter, when forecasts for revenue beat 83% of companies from the S&P 500, and for profit – 86% (data from Bloomberg). However, from the point of view of historical data, the current reporting season looks absolutely ordinary: over the past five years, on average, 75% of companies from the S&P 500 exceeded profit forecasts (which is slightly more than the current 72%) and, on average, 65% exceeded revenue forecasts (which is slightly less the same 72% given by FactSet).

Despite the average nature of the financial results, the dynamics of the shares of the reported issuers is still bearish: on the first day of trading after the publication of quarterly data, shares of only 9 out of 21 companies went up, the median decline of all reported issuers in aggregate was 0.7%, and the average was 1. 2% (Bloomberg data).

In 2022, shares of large American companies may continue to rise, but different options are possible, analysts from Bloomberg Intelligence write. The company’s experts identify three scenarios:

bullish, within which the economic growth rates exceed the rather conservative forecasts of the company, which allows the index to reach 5,000 points by the end of the year; and

bearish, within which the economy slows down amid the tightening of the Fed’s position, and the S&P 500 by the end of the year is reduced to 3,600 points.