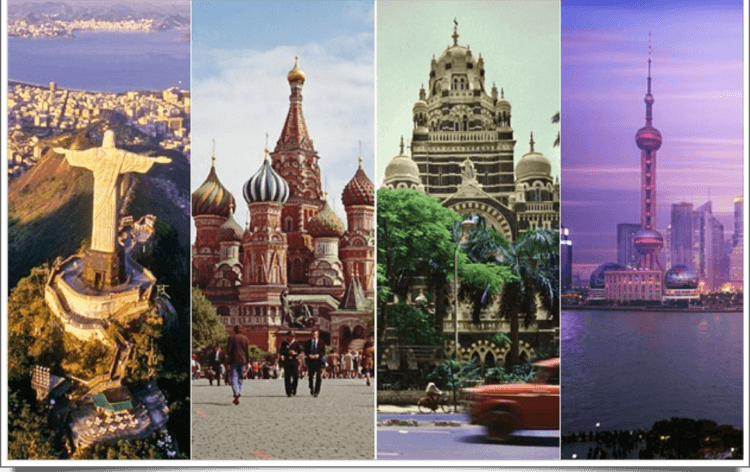 Although the markets of emerging economies are not as developed as those of developed nations’, they are now considered the main drivers of global growth. In fact, recent reports claim that 70% of global growth in the coming four years will be driven by emerging markets. Of that growth, about 40% should be contributed by China and India. A recent report by Goldman Sachs has confirmed that investment in emerging markets is indeed profitable in the long-term.

Therefore, there is no question emerging markets are ripe for investment, and the easiest way to do so is through their stock market indices. Overall, emerging market indices can be analysed on the MSCI Emerging Market Index that consists of 23 emerging economies, which together constitute 10% of the global market cap. However, to choose which emerging markets whose indices you can invest in, we shall look at the best performing indices individually.

The Shanghai SE Composite Index tracks all the A-shares and B-shares on the Shanghai Stock Exchange. Because China is among the largest economies in the world, the SSE Composite Index figures are crucial in understanding how the country’s economy is performing. Moreover, shifts in the SSE Index have, in the past, made a huge impact on the global economy. Despite all that, China’s economic growth is also among the highest worldwide, and the SSE Index can be a great investment.

The SSE Index experienced annual growth of 50% back in 2014 kicking off the year at 2,115.98 and closing at 3,234.68. In 2015, the SSE Index peaked at 5,166.35 in the middle of the year, a 60% growth rate. This was driven by governmental intervention after a financial crisis at the start of the year. Interest rates had been cut and other stimulus packages introduced, promoting individual investment. Soon afterwards, the SSE Index corrected and the index closed the year at 3,539.18, presenting only a 9.41% growth in the year. The decline in Chinese stocks carried over into 2016, actually making the SSE Index among the worst performers worldwide with a 12% decline. Investors had become worried about the government’s intervention in the stock market, and a lot of capital fled overseas.

This year, the Chinese government will try to rein in the debt levels, which means reducing the stimulus packages. Other sectors in the economy are also slowing down like the manufacturing and property sectors. The bottom line is that, the SSE Index is expected to decline further as the year winds down, and probably even into 2018. That makes this particular index unattractive for investment.

Brazil’s Bovespa Index (iBovespa) makes up almost 7.5% of the MSCI Emerging Markets Index, and it makes it a crucial index to consider. The Brazilian economy has been recovering from a 2-year recession that swept through 2015 and 2016, a period of recession said to be the longest ever.

In the first quarter of this year, the Bovespa Index rose by about 20% on the back of strong agricultural produce and exports. Additionally, the election of President Temer gave more confidence to investors who were attracted by the austerity measures he had promised. Most of this growth in the stock market was wiped out in May when the Bovespa Index dropped by over 8%. There had just been confirmed allegations of the newly elected president being involved in a corruption scandal through recorded phone calls. Soon afterwards, there were calls for Temer to step down, but he insisted he would defend himself in court.

All through Temer’s term, there have been street protests and strikes, which have all prevented Brazilian stocks and the iBovespa from maintaining the growth seen in the first quarter. Nevertheless, experts still expect the Brazilian economy and the Bovespa Index to grow through the year, albeit at a slow rate.

Another major emerging economy, India’s stock market is quite robust and has several indices. The broadest of them are the BSE 100 and BSE 500, but the BSE SENSEX and NSE Nifty are the ones most often considered. Sort of what happens with the Dow Jones Index in the US. Anyway, the SENSEX and Nifty are the indices with the highest volatility hence the best to invest in.

India’s stock market indices have declined sharply over the past week as the Securities and Exchange Board of India (SEBI) cracked down on what they considered ‘shell companies’. These are the companies listed on the Mumbai Stock Exchange, but they are only there for nefarious purposes like avoiding taxes and capital flight. About 331 companies now have trade restrictions, which limit the number of trades that can be made.

However, experts do not consider the recent sharp decline to be completely disastrous, although the general consensus is that the Nifty and SENSEX will continue to decline through the year. SENSEX, which is trading at slightly below 32,000, for example, is expected to close the year at 30,700. The Nifty is also expected to show a similar decline.