Fairytales coming to the real life, as Robinhood trading is booming 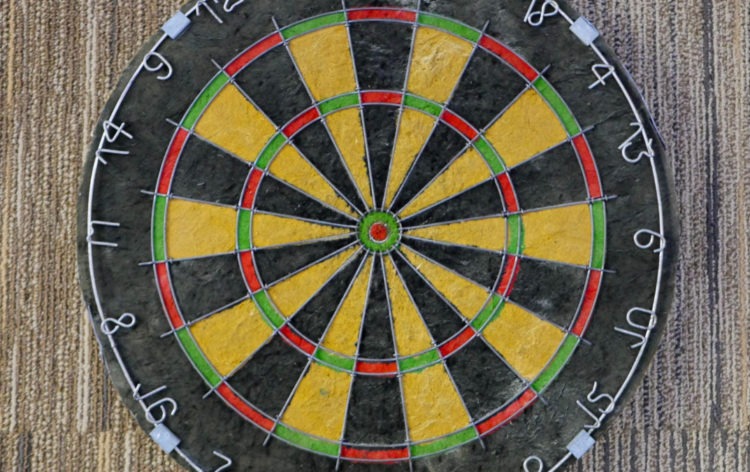 It’s been a big year for Robinhood. The free trading app has seen an explosion in popularity as people stuck at home try their luck buying and selling stocks — paving the way for the startup to weigh a big public offering sometime next year.

But regulators are increasingly concerned about its business model, accusing Robinhood of failing to protect rookie traders and encouraging risky behavior.

Robinhood used strategies “such as gamification to encourage and entice continuous and repetitive use of its trading application,” the enforcement arm of the Massachusetts Securities Division said, while targeting “younger individuals … with little, if any, investment experience.”

In a statement, Robinhood said it disagrees with the allegations and plans to “vigorously” defend itself. The startup pointed to improvements made to its options offering, additional safeguards and enhanced educational materials. “Millions of people have made their first investments through Robinhood, and we remain continuously focused on serving them,” the company said.

Big picture: Robinhood has emerged as one of the winners of the pandemic. It added 3 million funded accounts just between January and April, and its private market valuation has surged to $11.2 billion.
The growing clout of retail investors has been a big talking point this year, though a review of Robinhood’s effect on stock market moves by Nick Maggiulli of Ritholtz Wealth Management in September found that the impact appears to be overstated.

The Robinhood boom has put other online brokerages on notice. PitchBook said in a report earlier this year that Robinhood “is taking significant market share during times of increased pandemic-driven trading volatility,” while pushing down fees across the industry.

But with the jump in popularity has come increased scrutiny of its practices. In June, the family of a 20-year-old student said he died by suicide after confusion over an apparent negative balance of $730,000 on his Robinhood account. The startup’s co-founders said they were “personally devastated by this tragedy” and announced a series of changes to the platform in response.

Regulators take issue with how frequently newbie investors are executing trades. Per the Massachusetts complaint, one customer with no previous experience was able to make more than 12,700 trades in just six months. Frequent technical issues are also a concern. Between Jan. 1 and the end of November, Robinhood experienced as many as 70 outages or disruptions on its trading platform, according to the complaint. One incident took place on Mar. 3, preventing some Robinhood users from participating on a day when the S&P 500 gained a staggering $1.1 trillion in value.

What’s next: Massachusetts regulators are seeking a range of sanctions on Robinhood, including fines, an independent review of the platform and compensation to investors who have been harmed.
The company could face pressure to make further changes because of its plans for an initial public offering. Bloomberg reports that the firm is hunting down advisers for an IPO next year. Serious regulatory threats could weigh on interest, as well as the pricing of shares.

Congressional leaders — after months of bitter stalemate, and with millions of Americans eager for relief — have indicated they’re nearing a deal on a new rescue package that could pass both chambers within days. Details, details: The price tag for the stimulus package could be close to $900 billion, a source familiar told my CNN colleagues on Wednesday, though many key details remain in flux.

The deal is expected to include a new round of stimulus checks at $600 per individual, but no money for state and local aid, a priority Democrats had pushed for, and no lawsuit protections, which Republicans wanted. The measure is also expected to include an additional $300 a week in jobless benefits as well as up to $330 billion for small business loans and money for vaccine distribution.

Remember: The proposal adds up to about twice the amount Senate Republicans had been proposing. But it’s much less than what House Speaker Nancy Pelosi demanded for months. Before the election, Pelosi held out for a deal worth $2.2 trillion. She’s now willing to back a much smaller proposal, arguing that Democrats will have another opportunity to act when Joe Biden becomes president in January.

That said: House progressives, Sen. Bernie Sanders and at least one Republican, Sen. Josh Hawley of Missouri, have been pushing for another round of $1,200 stimulus checks. They’re likely to wind up disappointed this time around. The Federal Reserve, meanwhile, assured the public on Wednesday that it will not let up support for the economy until “substantial” progress has been made to fix the employment situation and maintain stable prices.

Bitcoin has blown past $20,000 and keeps surging

Say what you will about the wisdom of investing in bitcoin, but the best-known cryptocurrency keeps smashing records, and its rally shows no signs of slowing. The latest: Bitcoin is trading above $22,700 on Thursday after crossing the $20,000 threshold for the first time earlier this week. It’s more than tripled in value this year, rising 217% thanks in part to a weakening dollar.

“It’s not a surprise to us that bitcoin has hit $20K but it is a very symbolic threshold to reach at the end of what has been a historic year,” Michael Sonnenshein, managing director of Grayscale Investments, told my CNN Business colleague Paul R. La Monica. “These are just the early days, and we think there’s a lot more runway to go.”

Endorsements from well-known names are adding to bitcoin’s mainstream appeal. A top executive at BlackRock has even said the cryptocurrency could replace gold, and payments giants Square and PayPal have embraced it.

But not everyone is convinced such spectacular gains can be sustained much longer. “Right now this thing is crashing upwards, so it is due for a correction,” Anthony Scaramucci, founder of Skybridge Capital, told CNN Business. “And these corrections can be violent — they can be 20% to 50%.”