Home-Top News-Green investments are going to be included in the EU budget
Top News
by Giorgi Natsvlishvili on September 20, 2021

Green investments are going to be included in the EU budget 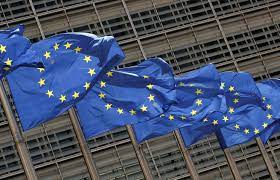 The prospect of excluding “green” investments from EU deficits calculations will be discussed when EU budget rules are changed, according to European Commission Vice President Valdis Dombrovskis.

The aim of exempting investments that assist to avoid climate change is to promote the EU’s goal of reducing net CO2 emissions to zero by 2050. The exception for investments in such initiatives has been dubbed the “golden rule” by EU authorities.

“Certainly, the topic of a golden rule will indeed be part of the discussion of the EU fiscal framework,” Dombrovskis said following the second day of EU finance ministers’ meetings in the Slovenian town of Brdo.

During the two-day meeting, finance ministers from the EU’s 27 member states discussed ways to alter budgetary rules to better reflect changing financial consequences once EU budget rules, which are now frozen until the end of 2022, are reintroduced in 2023. Some, such as French Finance Minister Bruno le Maire, believe the green exclusion is worth considering since it would help produce the massive amounts required to modernize their economy in the years ahead.

The different opinions about the issue

It is not surprising that different people have different opinions about this specific issue. For example, Austrian Finance Minister Gernot Bluemel, raised skepticism about how such a rule might be implemented in practice, citing the troubles in exactly defining what is “green” investment. “From an economic and scientific standpoint, that makes perfect sense,” he also added.

On top of that, he also added that: “However, I have seen from the past that such exclusions in budget reality – since the concept of a golden rule is not new – are frequently used as an excuse when the political will to follow the rules is absent. Of course, this should not be the case. Methods must be built in to guarantee they are not exploited,” he says.

The Bruegel research tank proposed an exception for green investments in a report commissioned by the ministers. The report also argued that the EU’s mandate for states to reduce public loans by 1/20 of the excess above 60 percent of GDP per year was overly ambitious in a post-pandemic economy.