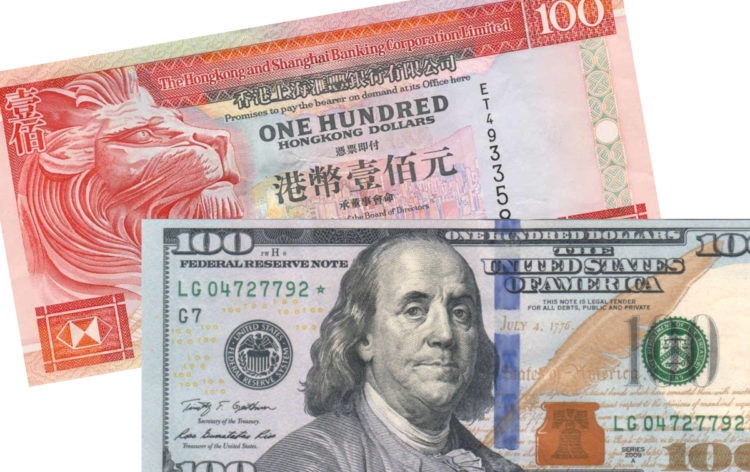 It is the first time since August 2018 that Hong Kong’s de facto central bank intervened to defend its currency peg and the city faces a possibility of rising borrowing costs.

This week, during London and New York trading hours the Hong Kong Monetary Authority bought HK$1.51 billion ($192 million). This comes after the currency fell to the weak end of its trading band. This will result in a reduction of the measure of interbank liquidity – the aggregate balance to a decade low of HK$74.8 billion. While the aggregate balance was approximately HK$180 billion just 11 months ago.

Despite the fact that the size of the purchase was relatively small compared to the HKMA’s interventions last year, the central bank might be prompted to drain more liquidity due to the continued weakness in the currency. If this happens, the pressure on home values in the world’s most expensive market will be intensified. This, on the other hand, will weigh on Hong Kong’s economy.

Authorities ready to do it again

According to the senior strategist at Australia & New Zealand Banking Group, the Hong Kong dollar will remain under pressure in the near future. Hence the local authorities will be forced to defend the peg with further interventions. It is expected that due to the liquidity drainage the Interbank borrowing costs will gradually rise.  However, compared to last year, the interventions will remain smaller and hence, the costs are unlikely to spike.

As the statement made by the HKMA Deputy Chief Executive Howard Lee reads, since the monetary environment normalizes the outflow of funds from the Hong Kong dollar is an inevitable process. Howard Lee even mentioned that seeing Hong Kong dollar weakening to the bottom of its trading band will not be surprising and the HKMA stands ready to defend it if that happens.

The interventions last year have helped the one-month Hibor climb in December when it raised to the decade-high of about 2.4 percent. However, the cost of borrowing has fallen recently. In February the rate fell as low as 0.91 percent, compared to 2.49 percent for U.S. Libor. This gap makes it profitable to short the Hong Kong dollar. According to Lee, the main contributors to the rate gap were weak demand for loans, abundant liquidity in the currency market and the lack of large scale initial public offerings.