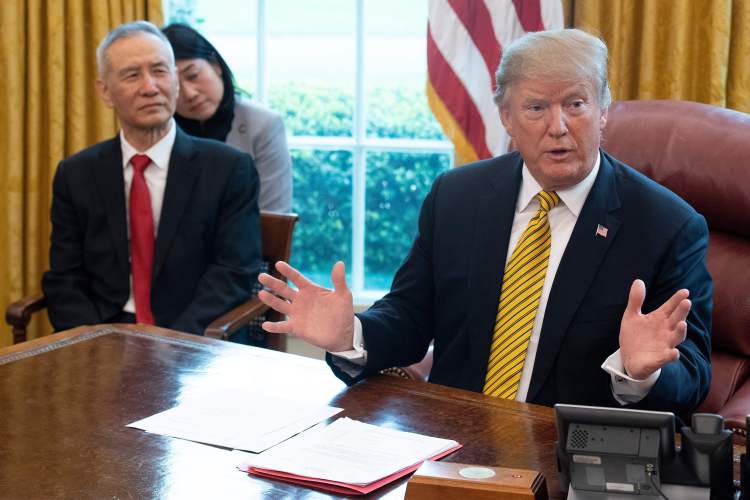 The trade war between China and the US has been escalating at an incredible rate, and the latest news on the trade war, released on Friday, caused markets to have quite a fall in their trading sessions this morning. The US and China both announced new tariffs being imposed on the goods from the rivals of the countries. As a result of the announcement, the markets saw a lot of trouble, with Asian share values going low and the US markets expected to act the same way on Monday when trading reopens. With the Chinese currency hitting the lowest point it has been at in about 11 years and the world seeing an even slower global market, the dangers of the trade war are only becoming more apparent to the sides. China is thus proposing a more peaceful resolution to the issue, but the US has so far failed to respond in a constructive way.

Markets sliding lower together with Yuan

The announcement on Friday that China was going to be imposing tariffs on $75 billion worth of American goods incoming into China was retaliated by the US with tariffs on some additional $550 billion on Chinese goods and a threat that the US would be ordering American companies out of the US made by the President of the US, Donald Trump. While the threat was shortly withdrawn, because of a lack of legal ability to order businesses where and when to do their business, the US has insisted on keeping the tariffs as announced. As a result, the markets at the end of the day on Friday and during the opening of trade on Monday all saw a downturn for shares across the board.

To be more specific, the current situation of Asian stocks does not look good at all. At the moment, the situation is as follows:

Just like the Asian market shares, the European and US stocks are following in a similar manner.

While stocks are seeing drops in value and ten-year yields are showing some scary signs, the safe-haven assets have been increasing in value quite a lot.

Meanwhile, oil saw a huge drop in value as people see danger as a result of a decrease in trade, causing traders to believe that the demand around the world would be falling.

All of these indicate how much trouble the world is facing at the moment. The world no longer is confident in the security of the global economy, as the trade war continues, and the markets are falling, while haven assets are being seen as more valuable. But, there is more cause for confusion, especially as a result of Trump announcing over the G7 Summit this weekend that he might be rethinking the tariffs at the moment. The international markets are facing a lot of trouble in attempting to anticipate what the next step by the US President is going to be.

But, even with the announcement that Trump is unsure about the tariffs at the moment, there is little reason to believe that there is going to be much to be confident about in the near future.

Hopes for a peaceful resolution in China

While the world markets are having a hard time dealing with the fear of a global recession, the Chinese authorities are joining in on a louder discussion on the dangers of the current situation. The Chinese media has been discussing how the US policy of tariff making and restrictive international trade has only been damaging to the global economy. And they are not wrong. The world has been seeing a lot of damage being done to steady growth because of the trade wars, and it has even started approaching the tipping point that would plunge the world into a recession.

The Chinese government has thus been calling for a more positive resolution of the trade conflict. The top economic adviser to the leader of the Chinese people has announced that they would seek a calm solution to the problem, as they fear further escalation would result in too much economic damage to China, the US and especially to the global economy. The threat of US businesses pulling out of the Chinese markets has been something that the Chinese side faced extremely seriously. The economic adviser, Liu He, has said that China is more than welcoming of all US and international enterprises and investments within the country and is only going to be further welcoming investment. The Chinese side wants to continue being a good investment opportunity for all companies, especially US companies so that they can continue to reliably work within the area.

While the Chinese media is publishing the announcements by Chinese leaders on the subject, the US side remains quiet so far. The world would favour an end to the trade war, as it would allow the economies to return to their trend of growth. But, despite the concerns announced by Donald Trump, there are no specific expectations on the US’s further actions.