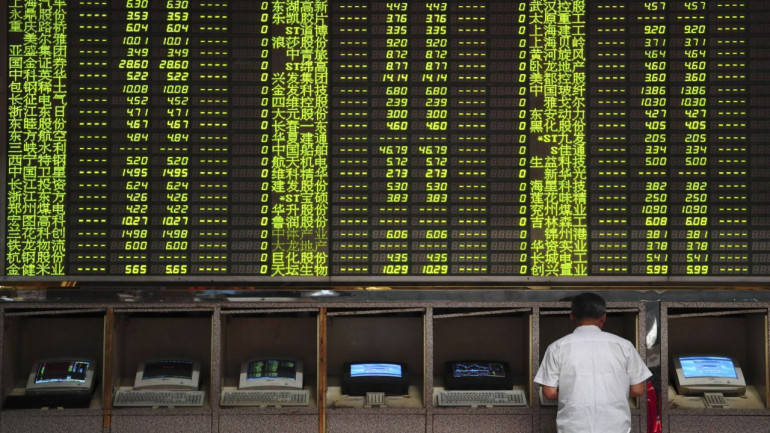 Asian stocks eased up at the beginning of trading earlier today, as the expectations internationally of what the world was going to be doing about the potential recession became more optimistic. Traders and investors saw that the governments and large economies around the world were looking to somehow provide stimulus to their economies. This has given investors and shareholders the confidence they needed to become a little more bullish on the markets. The result is that the Asian shares have managed to inch upwards a little bit, while across the European markets shares followed a similar trend. But, while broad indices are showing growth, there are shares that have been struggling to retain the level of growth that has been seen in the other shares.

A slow growth rate for value

Asian shares have been having a hard time keeping up their values over the past few weeks. The Sino-American trade war has been extremely damaging to share value as it reached the highest intensity it has had over the two years it has been waged. The intensity caused a lot of damage to markets, especially after it resulted in a recent yield curve inversion which was interpreted as a sign of recession for the US. Further economic slowdown globally has been proving to be creating a pessimistic atmosphere for all markets across the world and causing damage to trading and share value. But, recent signs that policymakers are considering using monetary and policy relief to boost the local economies have proven to be met positively by the shareholders and market traders. Specifically, the US cutting rates and China adjusting its own have been proven to be effective in increasing confidence. The EU’s decision to also consider cutting rates has also provided another boost to the trading on the international markets.

The current situation is:

The Chinese and Hong Kong uncertainty was caused by the fact that the Chinese lending reference rate was lowered by less than expected, at least according to the initial declaration made on Saturday. The Chinese interest rate change is not enough to cause decisive positive change in the markets. Combined with Hong Kong protests, there is little to no confidence that international traders have towards the local markets.

Most of the optimism was caused by the fact that the US Fed held a discussion on Wednesday were they considered the implementation of additional interest rate cuts. This comes from Monday’s request by President Trump, asking the Federal reserve for some additional rate cuts in the near future. Even more important was the Washington Post report that the White House was considering some temporary payroll tax cuts to stimulate consumer spending, but this remains unconfirmed from official White House representatives.

Markets are also waiting, keenly, for the news coming from the Group of Seven meetings and the Jackson Hole seminar from the Federal Reserve to see what other actions the US will be taking to ease the economic situation within the economy and stimulate further growth.

The expectations the markets have of the world are of looser monetary policy and more spending. Germany has already announced its intention to increase fiscal spending within the country. This could boost the spending within the country and produce higher rates of employment, as well as introduce more capital into the economy that would be stimulating to the local, slowing down the economy, in terms of manufacturing. Local consumption has been falling, and increasing fiscal spending might help to increase such spending in the short term, boosting the growth of manufacturing within the country and allowing it to avoid a recession.

China is also expected to introduce some new policies in order to stimulate the growth of the economy. China has already lowered its lending rate to 4.25%, which is six basis points lower than what it was previously. While this was a welcome decision, it looks like markets did not see it is enough, causing the Chinese shares to flip flop between growth and shrinking. The Chinese economy slowing growth would cause a lot of trouble locally, which is why Beijing is expected to do anything they can in order to keep the growth rate high.

The rest of the world has also been looking to introduce changes to monetary policy in order to stimulate the economy. India has lowered its lending rate, while other economies are considering alternative ways of enhancing growth. This is to be expected after the world started fearing a recession after last week’s yield curve inversion. Although, now that the yield curve has seen a bit of a bump, the expectations for the global economy have become relatively easier, and traders are feeling a little more positive about the current situation. Still, if economies globally do not start looking to stimulate their economies, it might result in markets falling further and shares getting even lower than they are at the moment. Signs that the markets are becoming more confident are the facts that gold is becoming steadier in value, while the Swiss Franc saw its two-week low. Safe haven assets losing value, while markets inch upward is a sign that there might be a little more confidence in the future of the global economies.