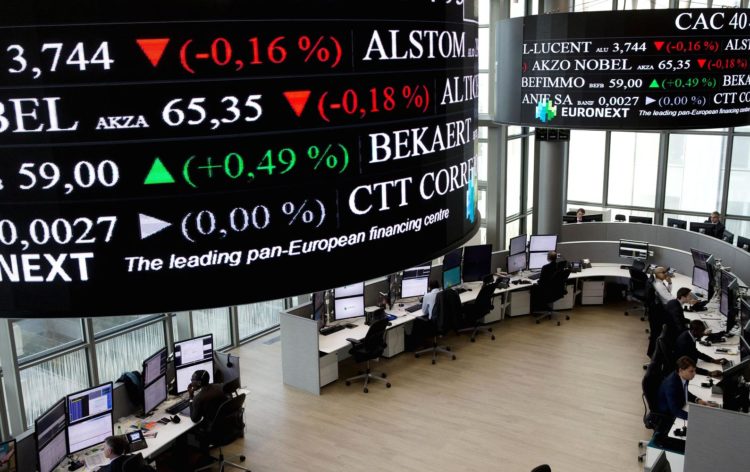 Equity markets in Western Europe rose steadily on Thursday’s trading results. The positive on European markets was added by reports that Russian President Vladimir Putin announced an increase in gas supplies to Europe. This has led to a decrease in traders’ anxiety about the energy crisis, writes Trading Economics.

Global markets were also supported by reports that the Republican minority in the US Senate may allow Democrats to carry out, through routine procedures, an “emergency increase in the national debt limit by a fixed amount that will cover government spending” before the December deadline. Earlier, Republicans blocked the approval of a bill to raise the public debt ceiling, insisting that Democrats planning such large expenditures should be fully responsible for it.

At the same time, US President Joe Biden announced the need to urgently raise the US national debt limit during a meeting at the White House with representatives of large banks and companies on Wednesday.

However, investors remain concerned about the slowdown in economic recovery in countries around the world.

The statistics published on Thursday in Germany indicate that industrial production in the country in August fell by 4% compared to the previous month, worse than the forecast. Analysts on average had expected a decline of 0.4%. The decline in industrial production is primarily due to rising energy prices in Europe, supply chain problems and a shortage of certain goods.

The composite index of the largest enterprises in the region Stoxx Europe 600 by the end of trading strengthened by 1.6% and amounted to 458.57 points.

Danish-British oil and gas company Royal Dutch Shell PLC gained 1.2%. The company said that Hurricane Ida in the US caused Royal Dutch Shell in damages of about $ 400 million, but the company expects an increase in cash flow from the gas division in the third quarter due to rising gas prices.

German software developer TeamViewer declined 7% after the company released weak quarterly financials. Eni SpA lost 0.7%. The board of directors of the Italian oil and gas company has approved the IPO of the newly formed retail and renewables (R&R) division, which specializes in renewable energy and energy sales to customers, Eni said in a statement.