Home - Top News - Tesla is still going on a flatlining revenue, and it starts to get dangerous
Top News
by Martin on October 23, 2019

Tesla is still going on a flatlining revenue, and it starts to get dangerous 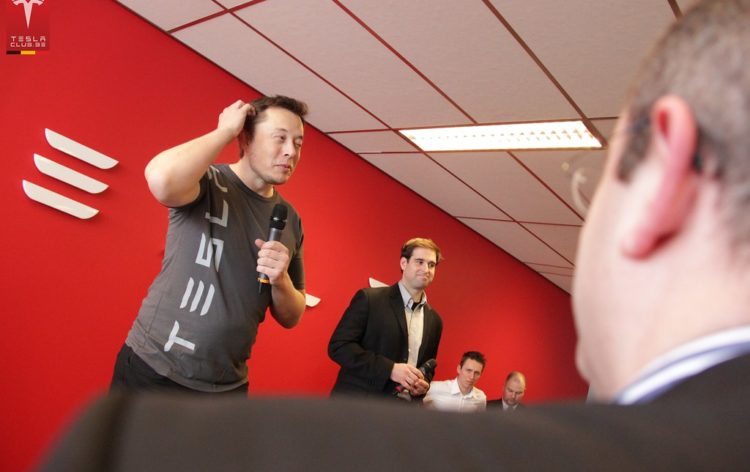 Tesla’s financial reports have long been dull and underwhelming. With this year’s Q3 report due today, the analysts are expecting the company to have yielded $6.5 billion, down from nearly $7 billion a year ago; while the share price could go down by $0.46 per share.

The company’s flatlining revenues are a common thing now. Even though almost every other carmaker is in their positive growth for almost a decade now; and even though Tesla has been selling more cars this year than the previous one – due to a big demand on its low-end Model 3 – still, the company is punching way under its weight and investors might start panicking about it.

With the newly presented models, the company was expected to yield a positive growth at least later this year. However, Model X and Model S have been total losers when it comes to bringing any revenue to the company. Even getting the top reviews from the car critics – for the first time in automotive history, Model S has been named the Car of the Year by Motor Trend back in 2013 – and even having the fancy features – Model X can literally dance to “Wizards in Winter” – these models still couldn’t bring any valuable revenue to Tesla.

Price has definitely something to do with this trend. Car companies, just like any other ones, can choose one of two ways of yielding profits: they either focus on expensive, high-end model production and chase affluent customers, which itself requires limited production volumes; or, the exact opposite where the production volumes are skyrocketing, outputting cheaper models for wider array of customers.

To be fair, Tesla hasn’t been focusing on either of these options particularly. Model S and Model X might not be in as much delivery volume as Model 3 – in Q3, the company has delivered 79,600 Model 3 cars, while 17,400 Model S and Model X vehicles have been delivered to the customers – but the company still puts a lot of effort and resources in producing all of these models.

And even in light of skyrocketing Model 3 sales, Tesla is still losing its money. With the upcoming Model Y, which is a crossover SUV, there’s an expectation that it could outsell the Model 3. However, considering the recent sales trends of Musk’s company, the new models have been cutting into the sales of the previous ones.

With this ongoing revenue swamp, the investors could start panicking and it would be justifiable.