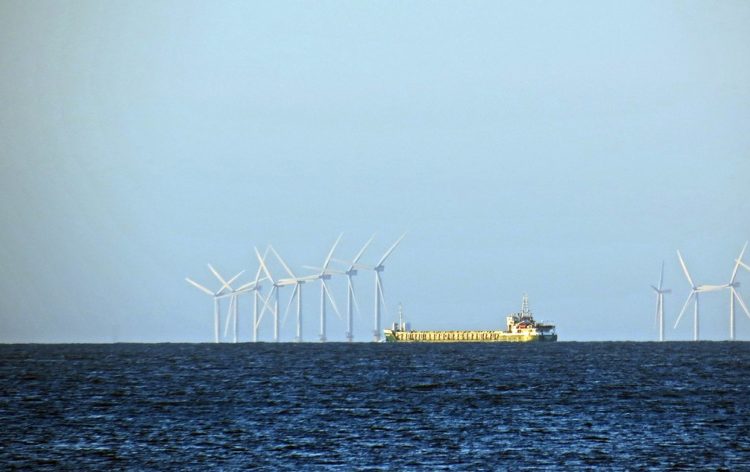 The UK is planning to build the world’s largest wind turbines that will power around 4.5 British homes a year. It equals almost 5% of the UK’s electricity generation.

The wind turbines will be a staggering 853 feet tall, and their blades will extend 351 feet wide. GE Renewable Energy – a Paris-based company is designing these Haliade-X turbines that are rumored to be capable of powering 16,000 homes per single unit.

The wind turbines are notorious for their loud noise, which makes them uncomfortable to be built near the inhabited areas. That’s why these futuristic turbines will be built on Dogger Bank Wind Farms.

It’s an artificially created island that’s 130km off the coast of Yorkshire in the North Sea.  Generally, the wind turbines produce moderate ammounts of energy, that’s why they usually take so much space in the wind farms; otherwise, it would be unreasonable to build them.

However, the Haliade-X turbines are specifically designed to withstand higher wind velocities and take advantage of it by producing more amounts of energy at much lower costs. Dogger Farm will be the biggest wind farm in the world with its maximum capacity of 3.6GW.

The Haliade-X turbines will be connected by the cables not only to the UK, but also to Norway, the Netherlands, Germany, Denmark, and Belgium. Construction is about to begin in 2020 and the first electricity will be supplied in 2023.

In today’s environmentally-conscious world, big companies and developed countries increasingly divert their attention to renewable energy. They are investing in environmentally-friendly programs, as well as trying to eliminate a carbon footprint of their existing programs.

According to Paul Cooley, the co-developer of SSE Renewables, which is a major developer, operator, and owner of wind farms in the UK and Ireland: “Dogger Bank will now be home to the largest offshore wind turbines in the world and this pioneering low carbon technology which will play a central role in helping the UK become carbon neutral by 2050.”

As for the CEO of GE Renewable Energy John Lavelle, he considers the new technology as an innovation in the area of clean and renewable energy that will have an important role in the UK’s environmental ambitions. Lavelle adds, that eventually, the Haliade-X technology will become a competitive source of clean energy that’ll deliver further carbon emission reductions.