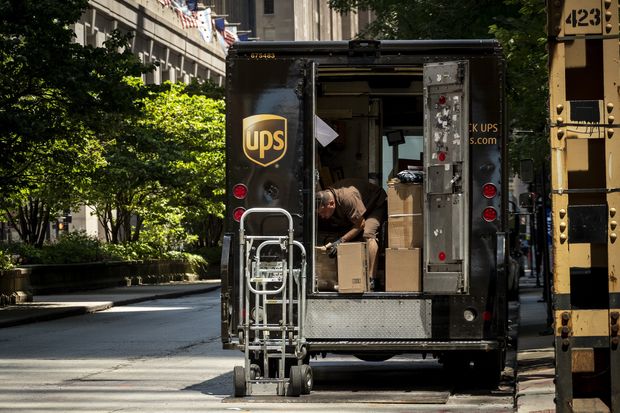 Shares of the United Parcel Services, UPS, jumped as much as 10.4%, hitting new record highs after the company published its record-breaking first-quarter profits and revenues. The report of the company shows the better-than-expected situation, which further supports the shares of the company.

According to the report published by the company, the net income of it was as much as $4.79 billion, and the earnings per share increased as much as 393% compared to the same period last year when the same number was just $5.47. The report showed much better numbers than was initially expected by market professionals and analysts, further pushing the shares of the company.

UPS is one of the few companies that managed to benefit from the pandemic as the demand for delivery services provided by the company sky-rocketed as people around the world were stuck in their homes. However, although there are many people who are getting vaccinated and the hopes for a better situation around the world increase, the company still has positive expectations for the future quarters. It claims that it expects delivery demand to increase this year, as more businesses open up and need to ship goods.

While the huge majority of companies were negatively affected by the Covid-19 pandemic, others like UPS managed to have a successful year. This was due to the fact that most of the people were stuck at home, which increased the demand for services that UPS offers. Traders are advised to closely follow ongoing events in the market as well as indicators before making any decision about their positions.

UPS Report – What does it show?

The report of the UPS shows several positive numbers. This includes a 400 percent increase in the company’s net income, which increased to $4.79 compared to the last year. According to the statement published by the company, much of those gains came from a $2.5 billion pension benefit which was related to the American Rescue Plan Act of 2021.

This act gives big corporations such as UPS protection against insolvency of their pension plans. This further reduced the pension liability of the company by as much as $6.4 billion.

The total revenue of the company increased as much as 27 percent, increasing to $22.91 billion, which also far exceeded the expectations. UPS is also a very active participant in delivering Covid-19 vaccines around the world.

During the Stock Market Crash 2020, most of the shares were down in the market due to the spread of the virus. However, companies like UPS were one of the first ones to start regaining. In August, the shares of the company started increasing significantly, selling at all-time highs.