Home-Top News-The Dollar is Correcting Against the Background of the Global Risk-On
Top News
by Giorgi Natsvlishvili on October 20, 2021 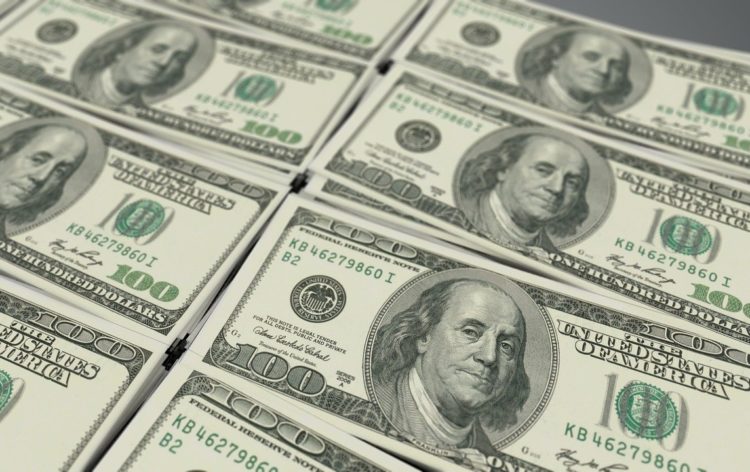 The dollar continued to decline amid a rally in global equity markets, which reduced demand for defensive assets among investors. The situation on the US Treasury bond market also influenced the American currency. Thus, the yield on ten-year US Treasury bonds reached a new five-month high at around 1.6630%. However, two-year Treasury yields hovered around 0.4050% after a sharp retreat from a 20-month high of 0.4480% reached on Monday, signalling a downgrade in expectations of an early US monetary policy normalization.

Risk sentiment still dominates global markets, while widening spreads between the yields of short-term and long-term US Treasury bonds (which indicates a slight decrease in expectations of an imminent Fed rate hike) supported the corrective weakening of the dollar rate from previously reached annual highs.

Fed official Christopher Waller, in turn, said that if inflation continues to grow at its current pace in the coming months, then next year Fed policymakers may have to take a “more aggressive response.” For now, the official still believes that the economy has weathered the worst fallout from the coronavirus pandemic, that labor shortages will ease over time, and that “inflation will be transient” and that price increases will return to the Fed’s 2% target next year. Waller also said he supported a cut in the bond buying program in November, as the decline in the unemployment rate to 4.8% from 14.8% shows that the labor market is approaching its pre-pandemic level, especially after accounting for the approximately 2 million people who entered retirement during the crisis.

With regard to macroeconomic statistics, yesterday in the United States became known data on the construction of new homes for September, which decreased by 1.6% m / m compared with the growth of 1.2% a month earlier. The number of issued building permits also decreased by 7.7% mom in September against growth by 5.6% mom in August. At the same time, construction volumes in the euro area also fell 1.6% mom in September, compared with a 3.5% mom growth in the previous month. In Germany, data were released on the producer price index, which in September amounted to 2.3%, which is higher than the August 1.5% and analysts’ forecast of 1%.

Today it is worth paying attention to the publication of inflation data for September in the eurozone.

EUR / USD is under the 1.1650 resistance level, trading at 1.1628. Stochastic lines are close to entering the overbought zone, which indicates that further growth for the instrument is limited in the short term.