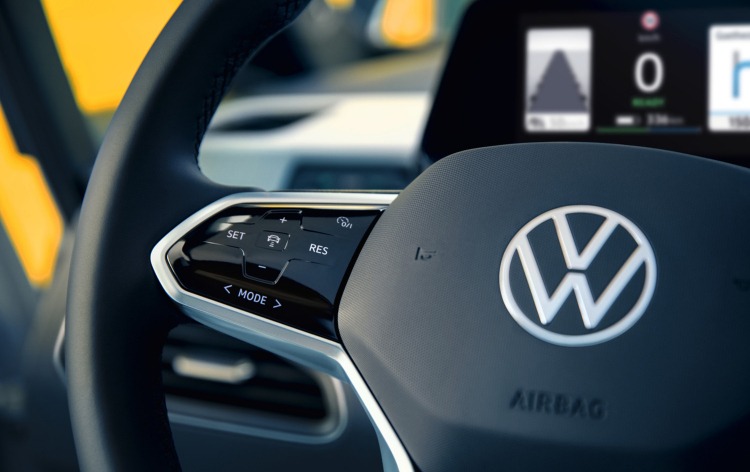 Some experts say that one of the key reasons why Volkswagen decided to switch might be to enhance the safety of electric vehicles as prismatic batteries are considered to have lower energy density than pouch-type batteries.

ℹ️ Please note: This is not a car presentation.#VWPowerDay pic.twitter.com/cAlfRynPZS

Traders are advised to follow indicators and get up-to-date with the ongoing events in the market before making any decisions about their positions.  A week prior, the company also announced that it was speeding up its transformation to EV maker. It also doubled the forecast for the share of battery-powered cars in Europe and said that it would be 70% by 2030. The company also noted that EV car sales would also increase to more than 50% in China and the US by 2030.

Even more than that, last week, the shares of Volkswagen were selling at 12-year highs. The company representatives have long been talking about the importance of EVs and say that in the near future the sales of such cars will increase drastically. To achieve its goals, the company requires about 300 gigawatt-hours worth of battery cells a year by the end of the decade. As of now, the company sources its batteries from LG Chem, Samsung SDI, SK Innovation, and CATL, however, it might change in the future.

The company follows other car manufacturers in this direction and said that it plans to invest as much as $19 billion in electrification and digital services by 2025. Over the next few years, VW expects to release at least one new electric vehicle a year.