Home-Trade Insider-Currency-What will happen to the GBP after the Brexit January deadline?
Currency Currency
by Kate Wilson on November 18, 2020

What will happen to the GBP after the Brexit January deadline? 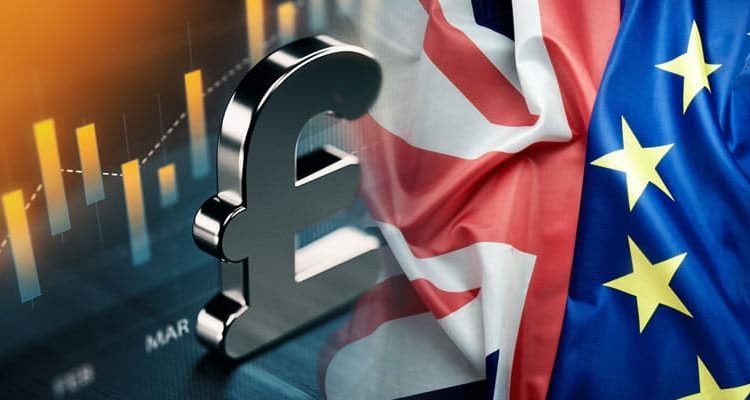 The pound sterling is one of the most popular currencies used by traders in the Forex market. This is not surprising, because, with the right approach, it provides an excellent opportunity to generate high profits. It should be noted that the British pound has recently been characterized by quite high volatility, which allows us to use very bold trading strategies and get an impressive profit.

A major factor that strongly affected the value of the pound was Brexit. After the decision of Great Britain to leave the EU, the national currency of this country went to a very steep peak, from which to date it is not able to get out. In addition, of course, the rate of the British pound is influenced by a whole range of other internal and external factors. The first category includes interest rates, inflation figures, GDP and economic activity data, employment and unemployment, and public debt. Of course, this list is not exhaustive. External factors include a slight correlation with quotations for basic energy resources, a close relationship with the performance of the United States economy, indicators of reserve flows, etc.

In 2020, the dynamics of the British currency will be influenced by two factors: first, Brexit, second, the decision of the Bank of England on monetary policy. Now we will look at both factors, and try to understand how they can affect the value of the pound.

Forex brokers also advise their customers that trading the Pound during this period will be very risky. In particular, according to Top Rated Forex Brokers a wide variety of brokers are following this trend based on reviews provided on the website. In fact, it usually acts as a positive feature for the brokers as outlined by the website.

Let’s start with Brexit. On the night of 31 January to 1 February 2020, an important event took place for millions of Britons. Britain has finally left the European Union. The UK’s exit from the EU was made possible after the Conservative Party won a majority of seats in the December 2019 parliamentary elections. The new parliament has approved the terms of the divorce without further debate, which has been confirmed by Prime Minister Boris Johnson and representatives of the European Union at the legislative level.

Britain’s exit from the EU is a formal, de facto, normal British life, as the UK-European Union will have a transition period until the end of 2020. By the end of the year, both sides will have to agree on how to live after the divorce, and at this time ordinary Britons and residents of Europe, as before, will live in a single economic space, use the lack of customs, single roaming, etc.

Until new economic ties develop and new political relations are established, the British economy will remain stagnant. According to experts, this period will last from 3 to 5 years.

The candles are extinguished

Prime Minister Johnson’s administration has made it clear that the government will put politics first. London will seek to maintain its “sovereignty” in terms of legal independence by imposing tariffs and border checks.

Johnson also wants to strike a “Canadian-style” trade deal with Brussels. At the time, Ottawa and the EU agreed to abolish 99% of customs duties, and London wants to go the same way. As we can see, Brexit is becoming much more complicated and confusing than originally thought, which, in our view, will only complicate the negotiation process.

We believe that fears about a hard Brexit will determine the dynamics of the pound before the end of the year. Europe does not intend to concede to Boris Johnson, and Brussels has already officially stated that London will not be able to achieve favorable terms for itself if it insists on its own rules.

The course is paved! Full forward!

We have two events that can dramatically affect the dynamics of the British currency. Most likely, they will affect the market alternately.

Once a month, the tension in the market will increase before the meeting of the Bank of England, and weaken after its decision on the rate.

In the coming months, the comments of the English regulator will sound pigeon notes. Only closer to the change of monetary course in them, there will be more aggressive tonalities. That is, as long as the interest rate is at the same level, the pound will grow, and only a rate cut will change the balance of power in the market in favor of sellers.

If a change in interest rates can only cause a short decline in the pound, then a hard Brexit would be a disaster for the Kingdom. In the absence of a treaty with Europe, London will trade with the world under WTO rules, and here are completely different tariffs, which will clearly not benefit the UK economy.

We believe that we will have different news during the year, some about progress in the negotiations, others about the increase in tension between the two sides. It is unlikely that Brussels will allow the absence of an agreement with the UK. A hard Brexit cannot be afforded to the EU, as does London, so sooner or later, a deal will be concluded, but the horror of a hard exit will scare the markets for a long time.

We think that the next months the value of the pound will pass between the levels of $1.28-$1.35. If trade negotiations worsen, the pound may roll back to a minimum of $1.20. On the other hand, positive statistics and improved relations between the parties can contribute to the growth of the currency to the level of $1.40.