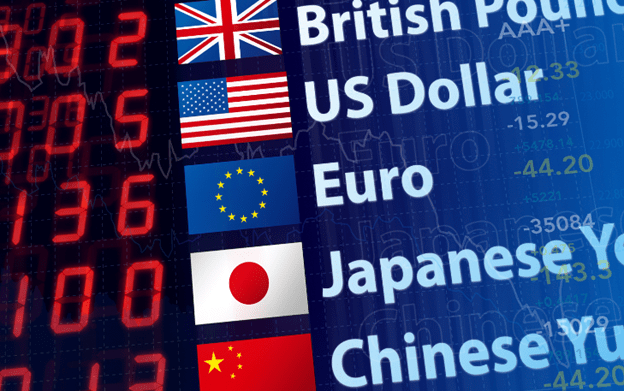 The second quarter of 2021 is not expected to resemble Q2 of 2020, as conditions had changed both from a pandemic and economic perspective. With a commitment for further fiscal support and easy monetary policy, volatility in the FX market is now depressed as compared to the March 2020 peak. Even though some of the largest risks have diminished, this quarter should provide multiple insights in areas such as inflation, interest rates, or the prospects for insolvency risks in emerging markets.

As economic activity contracted and public institutions (governments and central banks) supported the creation of money, inflation expectations have been going up and now actual figures are following the same path. Some economists are blaming the pick up on “base effects” and although that’s partially true, the return to more normal economic conditions makes capital flowing, increasing the velocity of money.

Rising inflation represents a serious threat, if it overshoots, given borrowing costs are tracking it closely. If developed countries can adopt contingency measures, such as yield curve control, not the same can be said about emerging markets. Reliant to external borrowing to fund budget deficits, these countries won’t be able to control the interest rates for loans in foreign currencies (USD or EUR).

COVID-19 vaccination developments will have a major impact on how fast economies will reopen fully, which is why there continue to be doubts related to overshooting inflation.

If 2020 had been dominated by the dollar weakness narrative, things had taken a 180-degrees turn this year, as the dollar had risen for three consecutive months. The global reserve currency continues to be at the core of the financial system and gaining momentum too fast could derail the already-fragile economic recovery.

Major currencies like Euro or Pound were not able to sustain the bullish sentiment of last year, as the market is now expected the USA to be the first in line when it comes to raising interest rates. Although the FED continues to keep its accommodative stance in play, advocating for a rate hike not earlier than 2023, futures markets are already starting to price in an increase over the next 12 months.

When it comes to forex South Africa and the broad emerging economies, the situation looks more uncertain as compared to developed nations. Slower vaccine deployment, combined with rising pressures generated by the appreciation of the US dollar can have a dampening effect.

Weakness in emerging markets currencies should be expected if all these negative factors will continue to weigh over the current quarter and beyond. More recently, the South African rand edged lower in cautious trade, according to Reuters, reinforcing the market’s precautions with regards to emerging markets currencies. All of these factors, however, should be welcomed by retail FX traders, considering volatility could rise again, although at not the same pace as a year ago.