Markets fall further as further US retaliation is expected 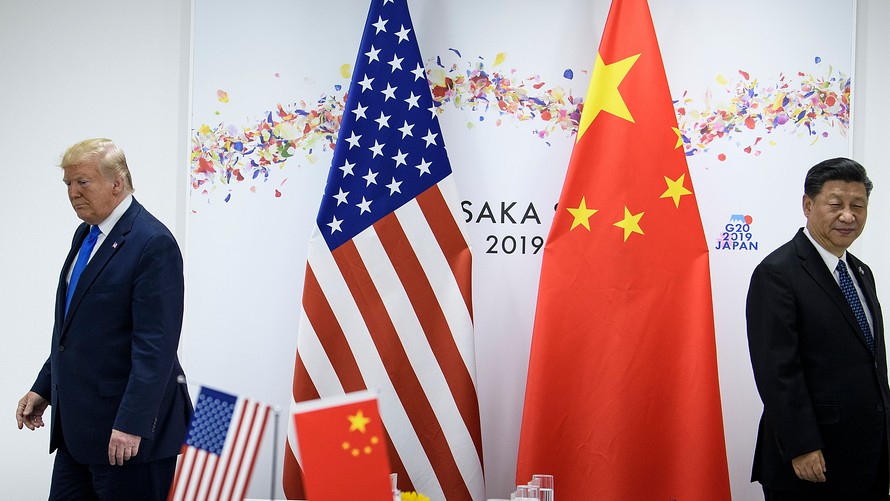 Another day, another piece of news about the US-China trade war that makes the markets feel more panicked and the global economies slow down. This time around, we are seeing the two sides fire against each other without stopping, looking to bring the reputation of the other down. In the end, the sides that are most hurt are the consumers and the market, but in this case, the political promises and ambitions are causing the US and China to continue their economic conflict. In this case, we are going to be looking at the direct actions that the US administration is taking in order to cause trouble for China, and the propaganda that China has been providing to its citizens, in order to prove the correctness of the ways it is currently operating. Finally, we are going to provide a quick snapshot of the current market attitudes and economic situation and see, what the trade war is going to be doing to the US and international economies.

The US labels China a currency manipulator

After the Chinese decision to devalue the Yuan on Monday, the international businesses saw a lot of reason to be worried. Lower USD to Yuan means that the income the companies are reporting, as well as the level of business the companies have been doing in the US,  is actually lower than what the companies have been reporting. The US businesses that have been operating within China, including automobile manufacturers that have already been seeing trouble operating at a profit in China are saying that this exchange rate is further going to hit their ability to sell their products within China. This comes after a hard two years, which means that the companies might have to actually close down the plants they were operating at a loss for a year now. Even the few US companies within China that have been working at a profit, such as Apple, are reporting that it is going to be harder for them to keep doing so. The electronics are becoming a little more expensive, while the sales are going to be falling in value. This means that the $26 billion wearables electronics profit that Apple saw in 2018 might not be as easy to replicate in 2019 or 2020.

The US has decided to retaliate by labelling China a currency manipulator. While in of itself this does not create any kind of issues for the Chinese markets, it is only intended as a warning and a tool to pave the way for the US to impose further restrictions on the Chinese market going forward. At least that is what the international markets and traders have been interpreting the move as. They are expecting the US to raise the 10% tariffs announced last week to 25% at least, which means that the trade between the two countries is going to be slowing down a great deal. It also means that the markets are going to be seeing a lot of share values keep falling, with the expectations for the profits of companies in 2019 and 2020 being rather pessimistic.

China state media comes out against the US

While the US is going through its own labelling campaign, China has ramped up its own propaganda campaign. The Chinese state media outlets, specifically the People’s Voice newspaper, has been reporting that the Us has been the sole driver of the economic crisis that it is going to be facing. According to the newspaper, the US is holding its own people hostage and using them as a chip in the trade war, in a bid to show China that if the US does not consume, China will lose out. Then the outlets continued to talk about how China was going to retaliate to the US, as it was the republic’s duty to protect their interests and the interests of the people. The negative portrayal of the US was used as the justification for the manipulation of the currency value changes to Yuan. The change is expected to hurt the people of China as much as it is going to hit the markets and the US companies, which is why this justification was needed.

The lower Yuan means lower consumption rates for the people of China, which means lower productivity of the Chinese economy, which means slower growth. With the Chinese growth slowing down as it is, it means that the Chinese people are going to be hurting extremely bad over the next couple of years if things don’t change. But, the situation is much worse than either of the sides is willing to admit.

The current state of the markets is something that is pointing towards the worsening of the situation. The Chinese economy has been showing signs of a drastic slowdown, the first one in years. This slowdown has been affecting the expectations of the international communities and of the people of China as well, with consumption further falling as the citizens are less able to consume expensive and durable goods from international providers. With the Yuan currency value lowering, the consumption rate is further going to fall. The additional tariffs from the US are going to be hurting the Chinese economy even more, as the exports markets are some of the primary markets that China operates on.

The US side of the aisle is not going to be brushing off the issues easily either. The US is already facing an economic slowdown, with data showing lower consumer spending, as well as the market downturn as a result of the trade war causing a terrible slump. The Chinese agriculture bans and the lower Yuan are expected to hit the biggest US businesses hard. This means that the world is going to be seeing the US economy start struggling harder than ever in the past 11 years. \The Federal Reserve might have lowered the interest rates to prevent the downturn, but this is not going to be changing the fact that the United States is going to be facing a slowing economy in the near future.

In the end, the point of the last part of the article is to say that the trade war is not going well for anybody. Both economies are struggling, and as the was drags on, the people are going to be the ones struggling. The issue with the current situation is that there is no real point to the trade war, it was just an issue created out of thin air, for the sake of hubris of the American side. Now, the issue is having a very real and very hard impact on the US and even on the international communities. This is not going to be benefitting anyone and is only going to provide more problems for the future of the world. Hopefully, it can be resolved sooner, rather than later, with the two sides coming to an agreement that can benefit the world, rather than hurt the world.