Home-Top News-Stock Prices Rise After Biden’s Comments and Potential Rise in Interest Rates
Top News
by Emma Mitchell on May 24, 2022 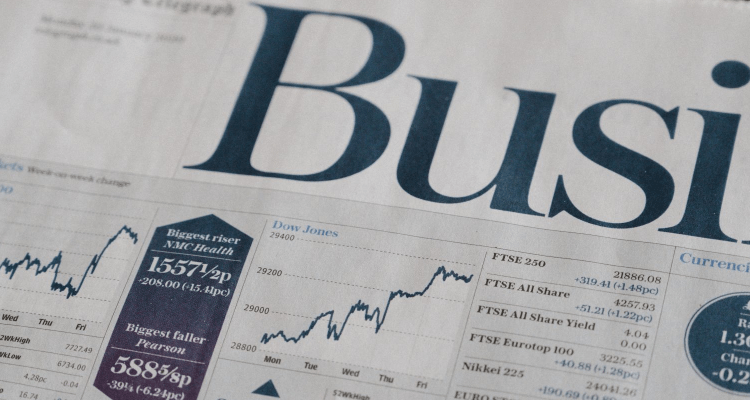 Monday started positively on Wall Street, as stocks shoot up after banking giant JPMorgan Chase announced positive news about earnings and president Joe Biden made comments about the possibility of removing some US tariffs on China.

The Dow gained almost 620 points Monday, an increase of about 2%. JPMorgan Chase, one of the members of DOW saw an increase of 6% after it raised its expectations for interest income, which will increase profitability.

Other financials such as American Express (AXP), Goldman Sachs (GS), and Visa (V) also won big in the Dow on Monday. The S&P 500 INDEX rose 1,9%. In the blue-chip index, JPMorgan chase was also a big winner, alongside Bank of America (BAC), Comerica (CMA), Citigroup (C), and Wells Fargo (WFC).

So far this year, banks have been losers. We might say that, with the fact that Federal Reserve is raising interest rates, financials will profit, as higher rates will boost profits. But investors are worried that the housing market and other wide-range economies might slow down, because of escalating inflation and sharp increases in rates.

Co-Founder and CEO at Quant insight, Mahmood Noorani said that due to the overselling of many financial stocks, they became cheap. He also mentioned that the broader market might not recover unless there will be clear visibility of when the hiking cycle will end and how fast the Fed will raise rates.

The tech sector benefited from Biden’s comments about the possibility of lifting some tariffs on Chinese imports, as they are doing a lot of business with China. Tech-heavy Nasdaq Index saw an increase of 1.6% on Money after Biden’s comments.

Microsoft (MSFT) and Apple (AAPL) together with industrial leaders Caterpillar (CAT) and Boeing (BA) were among the leaders in Dow, as they also do a lot of business with China.

Biden also mention the possibility of military action against China, if they were to invade Taiwan, but he added that he is willing to reconsider some sanctions put in place by Trump’s administration, which received cheers from investors.

American consumers and businesses receive negative impact from restrictions put on China, according to Treasury Secretary Janet Yellen. Trade conflicts with China could be one of the reasons for supply chain disruption and rising inflation, according to her.

But still, stock prices are down for May and all of 2022. The S&P 500 has slumped by 17% this year, which puts it close to a bear market, while Nasdaq is already in a bear market as it has lost more than 26% this year.