The stocks of MedMen soar amid pot legalization hopes 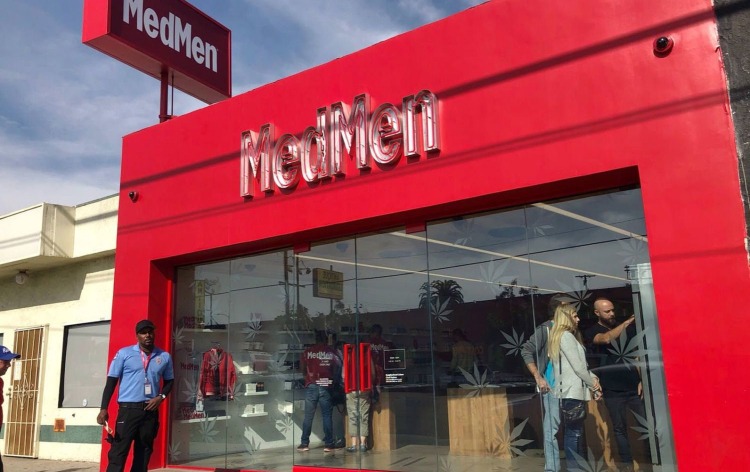 The shares of penny stock MedMen are up along with other cannabis stocks after the statements of the Democratic senators saying that they are working on the marijuana reform, which is the legislative priority for now. The surges in the price is a result of the huge trade volume. The company typically sees 5.6 million shares traded a day, however, recently, as many as 50 million shares were traded in a day. This is an 830% increase.

According to the leading stock brokers, the demand for the shares of the company has increased significantly after the statements of the Democratic senators. MedMen is a marijuana retailer, which has a market capitalization of about $122 million. It operates in six US states.

In total, in the United States, 14 states have already legalized recreational marijuana and many others also approved medical marijuana. According to officials, polls show that Americans are in favor of legalization, and decriminalization would be a huge catalyst not just for this company, but for the whole sector as well.

Although no official decision was made yet, many are claiming that changes are on the way. Twitter users have very actively talked about the situation in the USA. Some claiming that the change is very near.

Others have started buying the shares of companies such as MedMen, claiming that once the decriminalization happens, the prices of the shares will increase drastically. However, it is unclear when the American leaders are planning to make actual decisions.

Traders are advised to keep an eye on the changes happening in the market, while also following different types of indicators for maximum safety.

MedMen is also about to release the financial result of the second quarter of fiscal 2021. The report will be published on February 16, 2021, and it can further influence the price changes in the market. The company is also planning to host a conference after the release to discuss the results in greater detail.

Marijuana traders might be familiar with other names such as Aurora Cannabis, Tilray, Canopy Growth, and Cronos. Shares of all of these companies have boosted following the news about the Senate as well. Further events in the market might have a larger influence on the situation as well.

Especially if the Senate adopts the new laws faster, the prices of the shares of such companies might continue to increase. However, it is very much unknown when adequate decisions will be made. This might take several months or even years.