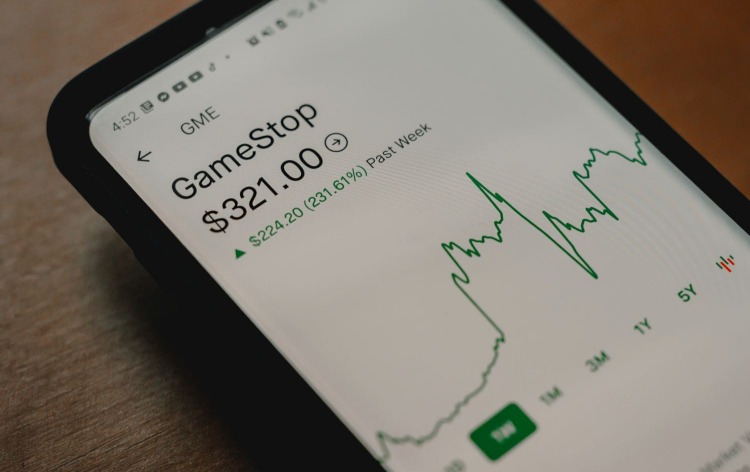 The recent movements in the market indicate that the shares of GameStop have more than doubled during afternoon trading on Wednesday. This came as a huge surprise, especially for those who thought the retailer’s stock price would go back to stabilizing after the huge changes as a result of retail traders’ moves in January.

The shares of the company increased as much as 104% during the session, it jumped an additional 85 percent after hours. GameStop is not the only stock seeing the increase, other ‘stonks’ (internationally used funny misspelling of stocks) also saw some gains. Most of these companies were favored by Redditors, who came together in January to go against Hedge Funds. The companies seeing huge gains include AMC Entertainment, Koss, BlackBerry, and many others.

How did this happen?

The jump in the price comes after the announcement of the company saying that the chief financial officer of the company would resign next month to help the company accelerate the transformation. This could potentially fuel investors who believe in the long-term value of the company and its ability to start relying on e-commerce rather than on retail selling.

Some traders are also talking about the long-term potential of the stock, several of them claiming that they refused to sell their shares in hopes that the prices would continue their upward trajectory in the future as well. In parallel to the ongoing events, the entire website of Reddit was down for millions of users, the representatives of the company still have to identify the cause of the outage.

Gamestop still up tho 😏 pic.twitter.com/Cxxa29rsmX

The surge in GameStop shares has quickly made it the top-performing stock in the Russel 3000 index. The shares of the company continued to increase after-hours as well, the shares were trading at as much as $191. More than 82 million of GameStop’s shares were traded on Wednesday, which is the highest number since January 27.

While many were happy to see such changes, others were wondering what sparked the increase. Many believe that the prices increased initially after the news of the chief financial officer resigning in March. After the increase, many people became attracted to the stock and started buying, further increasing the price of the stock.

Initially, in January, everything started on Reddit. Here, retail traders came together to discuss the ongoing situation in the market, saying that the hedge funds were manipulating the market for years. For Redditors, the situation was not about making money, rather, it was some type of revenge on the hedge funds.

Reddit’s traders started buying the shares of highly-shorted companies. In the financial market, when hedge funds believe that the shares of a certain company are down without much hope for recovery, they are ‘borrowing’ the shares from different sources. After this, they are selling the shares at a low price, and before the prices start increasing, they are buying the stocks back. This gives them earnings.

The members of the Reddit forum decided to start buying heavily-shorted stocks, to let the Hedge Funds have a taste of their own medicine. In January, because of the huge demand for GME stocks, the price of the skyrocketed. It was up more than 1600%, costing hedge funds billions of dollars.

It was followed by several very strict decisions made by brokerage companies, some of the limiting access to GME and similar stocks. The reaction of retail traders was very harsh.