Home - Emerging Markets - China - Asia stocks down as Hong Kong is engulfed in protests
China
by Jon Harden on August 13, 2019

Asia stocks down as Hong Kong is engulfed in protests 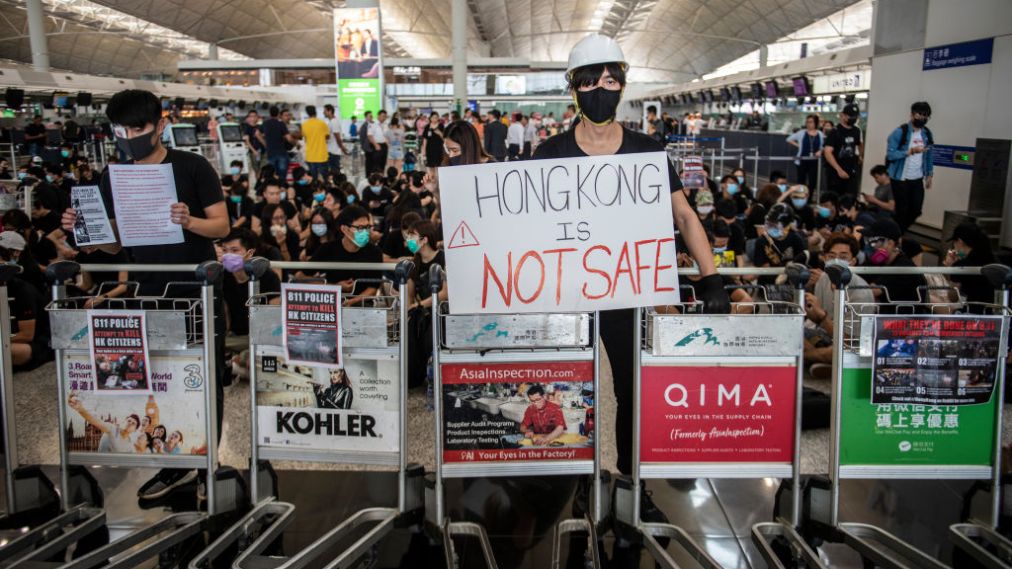 Hong Kong protests have entered their tenth week, with the violence against protesters increasing in intensity and the protests becoming much more massive. This week marked some of the harshest imagery coming from the protests. According to local media and videos released from the protests, the police in riot gear ended up shooting rubber bullets point-blank into the protesters, costing one of the female protesters her eye. Furthermore, the police started using tear gas, which is intended for open-air use, within busy subways, causing pain and damage to a large number of protesters who were located in these subways. Furthermore, additional imagery of a paramilitary force assembling outside of Hong Kong, preparing to get involved in action against protesters, has been released. This news of violence and the increasing scale of protests, combined with the stubbornness of the local leadership and the problematic global economic backdrop have resulted in Asia shares being hurt a whole lot in the first day of trading this week. Chinese stocks saw a huge decrease after the Hong Kong airport was blockaded by the protesters as they were hoping to attract more attention to the events taking place in Hong Kong. Further decreases are expected in the coming weeks as threats of violence from the government are released and Hong Kong protests seem to continue regardless.

Monday was a bad day for Asian stocks. The broadest Asia-Pacific index from MSCI dropped 1% over the day, while the more Hong Kong specific index showed a 1.7% stock drop. This has brought Hong Kong stocks to a seven month low. The main culprit, for this situation, is considered to be the protests taking place within the city right now. But this is being exacerbated further by the presence of the economic issues around the globe, which had been bringing Asian stocks, specifically Chinese shares, down before the protests as well. The trade war between China and the US has been proving to be extremely problematic for the Asian shares, causing them to keep falling in value over the past few weeks. Specifically, the Chinese shares have been seeing a lot of damage being done to their value over the past few weeks, but the recent events unfolding in Hong Kong have caused significant damage to share value.

The most obvious and important damage was done on Monday when Hong Kong protesters took over the city’s airport. The takeover was done as a way to attract attention to themselves from the international community. With the protesters flooding the airport, it was shut down, with over 120 commercial flights bein cancelled throughout the day. But, the Hong Kong airport is the busiest cargo airport in the world, so the shutdown also affected a significant number of companies that operate within the Hong Kong and that rely on the airport to transport their goods around the world. The airport resumed its operation without an issue on Tuesday, so that the shutdown did not have too much of an effect on the companies, but it was the single-day shutdown was significant enough to be seen as quite an issue by a large number of companies.

The government’s response to the issues within the country has not inspired confidence in the international community either. The local government and Beijing have decided to view the protests as terrorism, accusing the protesters of violence against the police. In doing so, the government is hoping to give legitimacy to their decision to apply military and paramilitary forces in order to find a solution to the issue. The protesters have been crying foul, saying that the violence that is being used is coming from the police side. It is hard to argue, as videos from protests and subways show police using force against the protesters have been released on the internet for the general public to see.

Further exacerbating the problem is the stubborn reluctance of the local government to comply with the demands of the protesters. Ten weeks ago, the protests started as a result of the local government introducing an extradition bill, allowing people to be extradited to China. While the bill has been put off for consideration, for now, the local leader Carrie Lam has been refusing to withdraw the bill altogether. With the continuing stubbornness, the protesters are also increasingly demanding more and more independence from Chinese rule and the changing of the local leadership from what it is to something that would represent them better. The increasing size and complexity of the demands imposed by the protesters are further slowing the markets, causing even more mistrust of the Asian shares from investors, as they are unsure who to believe, what to expect and who to trust in the situation.

The political issues are not going to be abating, as the Chief Executive of Hong Kong, Carrie Lam, is avoiding, dodging and straight-up refusing the answer questions about the ongoing crisis within the city. Questions about the brutality of the police and the excessive force in use by them have been ignored completely. The executive is instead choosing to call the protesters to calm down instead of causing further trouble, going to a display of emotion that might not be the best in the current situation, as she calls the protesters to consider the “abyss” that the city is being downcast into. Further developments like these, without a visible solution beyond the use of force, are going to cause the Asian shares and markets to fall even more.