Home-Top News-Kremlin’s Reopening of Stock Markets Is Anything but Usual
Top News
by Emma Mitchell on March 23, 2022

Kremlin’s Reopening of Stock Markets Is Anything but Usual 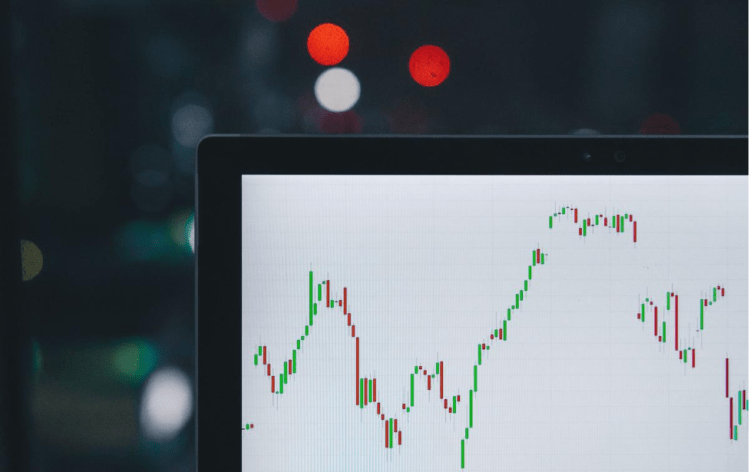 For the first time after the invasion of Ukraine, Kremlin is taking small steps to reopen its stock markets. They had been shut down for almost four weeks before they finally reopened on Monday. The closure was a subsequent result of the unparalleled and strict sanctions that the West imposed on Russia after it started a full-scale war in Ukraine.

But the reopening didn’t go the way many expected. Moscow Stock Exchange reopened for business but it only allowed trade in limited rouble-denominated OFZ bonds (Federal Loan Obligations). Trading in equities was excluded from the agenda.

The yields on Russian bonds

Before the onset of trading, the yields on 10-year Russian bonds skyrocketed. They broke the existed record and amounted to 20 percent. However, as the trading began, the rates started normalizing slightly and eventually dropped to 13.9 percent.

When Moscow Stock Exchange closed on the 25th of February, the yields on these bonds were only 2 percent lower.

As trading continued, the yields on 10-year Russian bonds amounted to more than 14 percent and more than 15 percent for 2-year bonds.

Yields are also surging in developed countries. The yield on 10-year US bonds amounted to 2.3 percent on Monday – reaching the highest number in three years. The interest rates are also likely to increase as the war affects every country throughout the world.

Note, that higher yields indicate an unfavorable picture for investors and increased costs to borrow for the government.

The partial drop in the yield rates indicated the intervention from the Central Bank of Russia. The latter stated last week that it would keep the interest rate at 20%. It also said that the bank would buy the bonds in the Russian ruble to avoid higher volatility.

To regulate the fluctuation of the market, Central Bank had stored $13.5 billion. This money was to be used to buy equities when the Moscow Exchange would fully reopen. According to common assumptions, the bank used some of this money to normalize the yields and avoid a total collapse of the Russian market.

What limited trading and sanctions mean for foreign investors?

The sanctions and limits imposed on capital flows and Kremlin’s subsequent reactions didn’t leave foreign investors unaffected. They have foreign currency-denominated Russian government debt which amounts to more than $US40 billion. They also happen to play a significant part in Moscow Stock Exchange. Last year, they dominated almost half of the Russian bond and equity trading.

But as the sanctions hit the Kremlin and international clearing houses suspended payments in the ruble, Foreign investors lost access to the Russian market. The devaluation of the ruble and corresponding bonds (with nearly 30 percent) exacerbated the situation, translating into financial losses for foreign investors. They found themselves locked out and their assets frozen within Russia.

Foreign investors also own equities on the Russian stock market worth more than $US80 billion. Even if Moscow’s financial markets reopen fully, investors wouldn’t benefit from trading.

Escaping the Russian market won’t be easy and will result in significant losses for the investors. They won’t be able to get even a fraction of the cost for their investments, forcing them to remain stuck on a dead-ended market.

Russian investors are experiencing significant losses as the shares of major Russian companies listed on foreign exchanges are plummeting dramatically. The value of Sberbank has dropped more than 96 percent, of Gazprom – almost 90 percent, of Rosneft – nearly 50 percent. The plunge was the immediate result of the Russian invasion of Ukraine.

Andrei Braginsky, a spokesman for the Moscow Exchange said they are hoping to fully reopen the market in the near future. Even if that happens, Russian investors will still face serious consequences. Regardless of the intervention from the Central bank, the ban on sales by foreigners, and limited trading and price movement, financial losses are inevitable.

But Russian investors won’t be the only ones who’ll experience catastrophic consequences. Russian economy and financial systems as a whole will be strangled as a result of the devaluation of the national currency and the spike in yields on borrowing. The Western ban on investment in Russian debt will aggravate the situation even further. The longer the sanctions last, the more severe the financial situation will be in Russia.

Kremlin on the verge of default on its sovereign debt

Kremlin’s ability to pay a sovereign debt is likely to be halted in the upcoming weeks. It mightn’t be able to make payments at all or fail to transfer the required amount in US dollars. Putin has repeatedly threatened the West to pay the debts in its national currency. But considering the heavily-devalued character of the ruble, such an outcome is unfavorable for the West to say the least.

Putin has also threatened to hold the payments in escrow accounts, blaming the sanctions for hindering US dollar-denominated payments.

The problem is that only some of the debt agreements allow the payments in the Russian ruble. If the Kremlin made payments in ruble for agreements that specify the currency and exclude ruble, it would itself equal technical default. But failing to make a payment would be a confirmed default.

Up to this point, Kremlin has managed to make payments on its sovereign debt and avoid a default. Last week, it made an interest payment worth $US117 million for its dollar-denominated bonds. But Russia has even bigger payments ($US600 million of interest payments and $US2 billion of principal payments) due this month and at the beginning of the next month.

Foreign investors are facing ambiguity regarding these payments. It’s uncertain whether Kremlin will be able to make payments and in which currency.

Russia seems to be doing everything in its power to avoid the default. If it doesn’t manage to make payments in foreign currency, it would be the most significant sovereign debt default since the Russian Revolution. If events take such a turn, it would impact both state-owned and private companies in Russia.

Russia’s foreign currency debt amounts to $US150 billion, the majority of which is held by Russian investors.

Dire financial consequences of the Russian invasion of Ukraine

Such dramatic measures stem from Russia’s aim to avoid the financial collapse of the country. With inflation rates soaring to 12.5 percent (more than a 2.5 point increase since the invasion), Kremlin is eagerly trying to maintain the currency and continue paying for goods and services.

The Russian invasion of Ukraine is causing serious financial and economic consequences, which are likely to worsen over time. But ordinary Russian citizens will be the ones who’ll experience the severity of the burden. Most of them are still negligent to see the catastrophic actions of the Kremlin in Ukraine and fail to understand how the war will affect their daily lives.