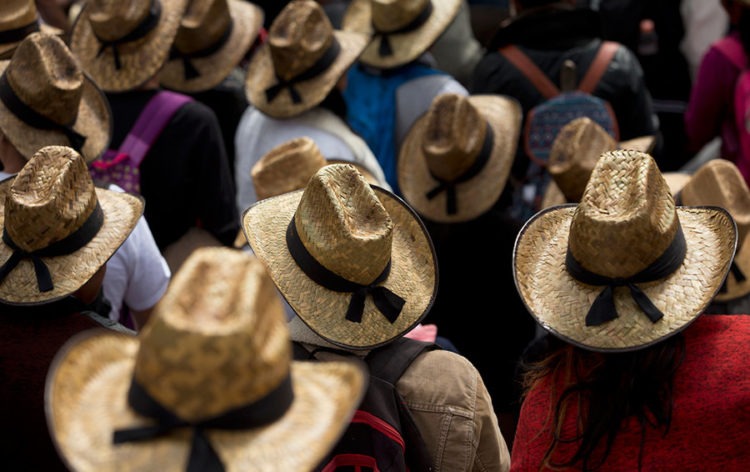 The Mexican economy has been on a downturn for much of 2017, but things may just be looking up going into 2018. In fact, the Bank of Mexico (Banxico) has just revised its country’s economic projections upward, confirming the idea. Furthermore, general elections are to be held in mid-2018, and this is bound to shake up the economy even further.

How the Mexican economy has performed so far

Mexico’s GDP growth rate slowed to 0.6% in the second quarter of 2017, down from 0.7% in the first quarter. The slowing GDP growth extended that seen in the previous two years – 2.6% in 2015 and 2.3% in 2016. Decreasing oil prices since 2014 to 2016, of course, had a negative effect on the Mexican economy. Then when oil prices started rising again, it had another negative effect, inflation.

In an attempt by the Mexican government to liberalize fuel prices, they rose by 20% in January. This led to a rise in inflation up to 4.72%, which was higher than Banxico’s 3% desired level. In January 2016, inflation was at 2.61%, and 0.38% the year before that. In the previous quarter, inflation was just 3.36%. As a result, experts and analysts had expected inflation to rise only up to between 0.85% and 1.62%.

In addition, the Mexican peso was taking a hit against the US dollar from fears that the US would withdraw from NAFTA. The US president was critical of NAFTA and, being a major trade partner with the US, the Mexican economy took a hit.

Therefore, the sharp spike took everyone by surprise, prompting Banxico to raise interest rates by 50 basis points up from 5.75% to 6.25%. In all subsequent Banxico meetings, they kept on raising interest rates as inflation kept on rising up to the current rate of 7%. However, after that raise in June, the policymakers stated that the level was consistent enough to achieve the intended 3% inflation rate.

Predictions for the Mexican economy in 2018

There are lot of uncertainties regarding the Mexican economy come 2018, but we can still attempt to make some predictions. In regard to inflation, it seems Banxico’s plan of raising interest rates is working, and the central bank expects inflation to drop to plus or minus 3%. Besides, ForexNewsNow has reported that the Mexican central bank may not decrease interest rates anytime soon. The current central bank governor said that they would be quite patient in reducing rates until they were very certain inflation was on a decline.

That means the already high-interest rates may still be maintained for much of 2018 to keep inflation in check. Regarding oil, OPEC’s latest meeting revealed that they intended to take ‘extraordinary measures’. The consensus is that OPEC member nations would increase their production cuts further in 2018, perhaps causing a rise in oil prices in 2018.

That would have a positive impact on the Mexican economy, boosting the various sectors hurt by the decrease in oil prices. We can also expect a restructuring of NAFTA, rather than an outright withdrawal as talks on NAFTA proceed to the next meeting in Ottawa. Some experts now believe Trump’s tough talk on NAFTA could just be a bargaining tool to get the best possible deal.

Overall, the Mexican economy may be on a road to recovery as we approach 2018, now with many of the perceived negative factors dissipating. If all goes according to the predictions we made here, then you can expect to find greater growth in Mexico, not just in 2018 but even further down the road.