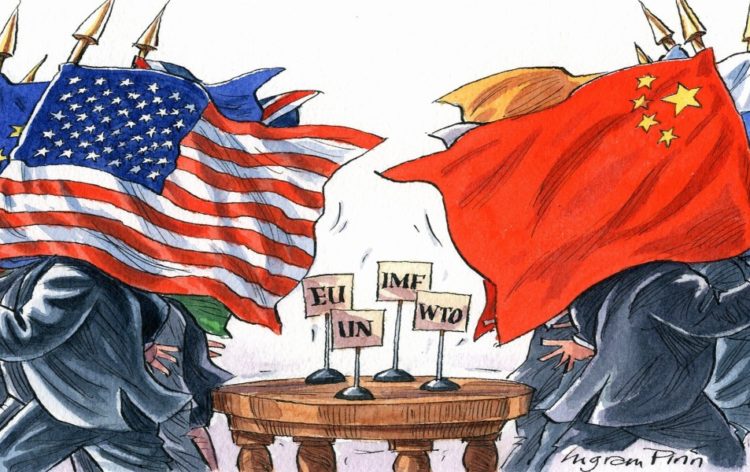 China and the United States have been embroiled in a trade war for quite some time now. It has been a cause of tumult in the financial markets and a huge blow to the economies of the two countries. At a few points, it seemed like we could finally see the light at the end of the tunnel only to wake up to a fresh wave of tariffs imposed by either one of the countries. The recent remarks of China’s Vice Foreign Minister Le Yucheng are another reason to believe that the two biggest economies of the world will be able to find common ground in the disputes.

Le outlined the effects of the trade war on the global economy and said that the whole world wanted the trade war to end. He also emphasized the need for countries to work with other nations to build a strong economy. “As long as we respect each other and seek equal cooperation, there are no disagreements that cannot be resolved between China and the United States. What China wants is to deliver a better life for the Chinese people. We don’t want to take anything from anyone else. There’s no such thing as China replacing anyone or threatening anyone,” – he commented.

The Vice Foreign Minister also talked about “de-coupling”, which refers to breaking the ties between the two countries. Through these ties, both countries have been able to achieve a lot for their economies. “Why would we toss away the achievements of such cooperation?” – Le commented. However, he also said that the country would be adamant in defending its interests – “No one should expect China to swallow the bitter consequences of undermining its interests, whether on the land or at sea, whether it’s Taiwan, Hong Kong, Xinjiang or Tibet.” Le also touched upon the Hong Kong protests. Last week, the foreign ministry of China said the US had “sinister intentions” with its new measures regarding the anti-government protests. In particular, the US House of Representatives passed the Hong Kong Human Rights and Democracy Act, which dictates that the US Secretary of State should affirm each year the autonomy of Hong Kong. Le said that the development of China has made the world more peaceful and it would continue to defend the security of the nation.

Another issue discussed by Le Yucheng was the effect of the trade war on smaller economies with close ties to both countries. In particular, he talked about the example of Singapore. “For small countries like Singapore, we watch with deep concern as larger powers position themselves more aggressively against each other. Singapore will maintain its strong friendships with both and avoid choosing sides. But it is also acutely aware that the farther the U.S. and China pull apart, the harder it would be for all countries to keep to this principled and neutral position,” – Le said.

Phase 1 deal to possibly kick in next month

The statements made by the Vice Foreign Minister are definitely suggestive of a reconciliatory tone while still maintaining the firmness on many issues. It could be a sign of the thawing of the ice in the talks. The US has already suspended a new wave of tariffs which was scheduled to hit in October. The White House has also announced a ‘phase 1’ trade deal, which should take action in October. “Our target is to have the phase one deal by the time you go to Chile,” – US Trade Representative Rober Lighthizer told US President Trump. 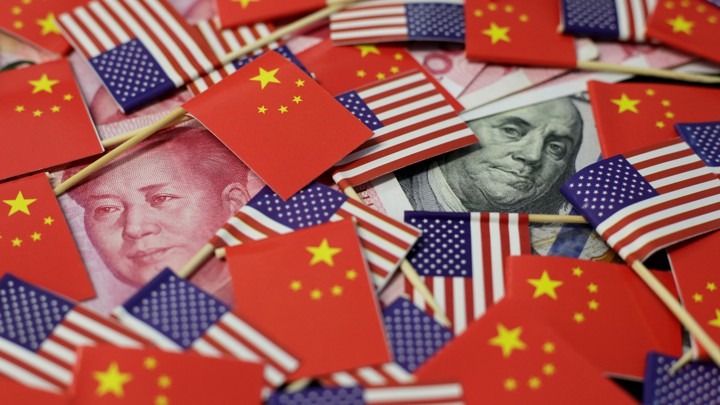 US Commerce Secretary Wilbur Ross has also made comments about a possible deal, although expressing less enthusiasm. “We would like to make a deal, but from our point of view, it has to be the right deal and it doesn’t have to be in November. The real question is, do we get to an early signing of phase one? Second, how far do we get toward phase two or two and three? Two and three are really where the meat is.” – Ross commented. It should be noted that Ross is not a member of the US delegation to the trade talks.